Home Articles Search for Survivors Is on as Wildfires Torch Millions of Acres in...

PORTLAND, Ore. (Reuters) – Crews were to resume searching for the dead on Sunday among blackened ruins left by massive wildfires raging in three western U.S. states, where millions of acres have burned in weeks and “mass fatality” incidents are feared in Oregon.

A blitz of wildfires across Oregon, California and Washington have destroyed thousands of homes and a half dozen small towns this summer, scorching a landscape the size of New Jersey and killing at least 26 people since early August.

After four days of brutally hot, windy weather, the weekend brought calmer winds blowing inland from the Pacific Ocean, and cooler, moister conditions that helped crews make headway against blazes that had burned unchecked earlier in the week.

In Oregon, Governor Kate Brown called the perilous blazes a “once-in-a-generation event”, and the director of Oregon’s office of emergency management, Andrew Phelps, said authorities were bracing for the possibility of “mass fatality” incidents.

“There are going to be a number of fatalities, folks that just couldn’t get warning in time and couldn’t evacuate their homes and get to safety,” Phelps told MSNBC on Friday.

At least six people have been killed this week in Oregon, according to state officials. Brown has said that dozens of people remained missing across three counties. 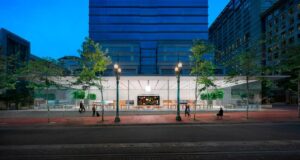