Earlier this year, my colleague Cameron Faulkner reviewed the Razer Kishi, a smartly designed game controller for Android phones created in collaboration with Gamevice. Now a version for iPhones is here, and it’s essentially the same story — the biggest difference is what it can do.

The Kishi is like two Nintendo Switch Joy-Cons that are permanently attached to each other, collapsing down into an easily portable package. The band between them is elasticized, meaning you can pull them over the edges of your phone and get a snug fit. The iOS version has a Lightning connector on one end and a port for passthrough charging. I tried it with an iPhone 11, but it also comes with adapters for smaller phones like the SE.

I really like this design. It solves many of the biggest pain points of mobile game controllers: they can be awkward to carry, attach, detach, and pair with your device. The Kishi’s setup is effortless, and the iOS version is MFi certified so it’s instantly recognized as a gamepad by pretty much every game that uses standard controls.

That means it works with, well, a lot of games on the App Store. My go-to time-waster is the mobile version of NBA2K, for example, and I usually play it on the automatic mode where you only occasionally directly get involved with the action through some basic on-screen buttons. With the Kishi controller, though, it’s not all that different to playing the full version on the Switch. 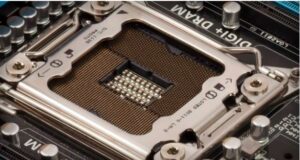 Reusing Your Current Intel Heatsink for Alder Lake May Be a...