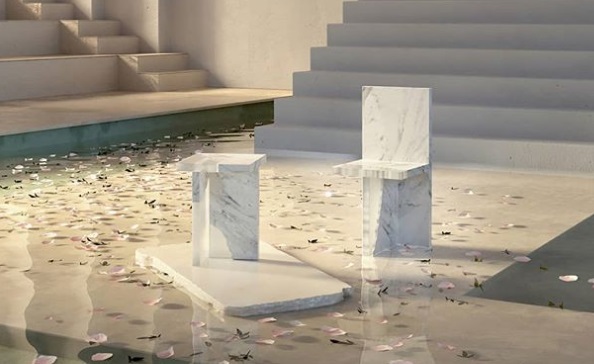 The New York-based creative studio has opened a virtual group exhibition, dubbed “REND,” which was produced in collaboration with the Berlin-based artist Hannes Lippert of Form & Rausch.

Among them are Sisan Lee and Fict Studio, both from Seoul, and Disciplina Studio from Mexico City.

The group exhibition centers on mixed materiality across metal and stone through each designer’s eyes, with each piece on show exploring common contrasts between “hard and soft,” “rigid and flexible,” as well as “warm and cold.”

“The works find middle ground in the raw edges of Disciplina Studio’s marble tables, and the plush upholstery of TRNK collection’s steel-based seating. works by Sisan Lee and Fict Studio directly engage the weight and rigidity of their chosen mediums, presenting furniture that appears ineffably light yet layered,” TRNK said in a statement.

“REND” was originally slated to coincide with Frieze New York, although the COVID-19 pandemic forced TRNK to present the exhibition online.

“I actually became excited by the idea of re-conceiving the concept into the digital format. The environment that we produced with Form & Rausch is very similar to how I dreamed of presenting these products but never could have been realized in a physical form. It became a collaborative exercise of imagination with no limitations,” TRNK co-founder Tariq Dixon told *Wallpaper.