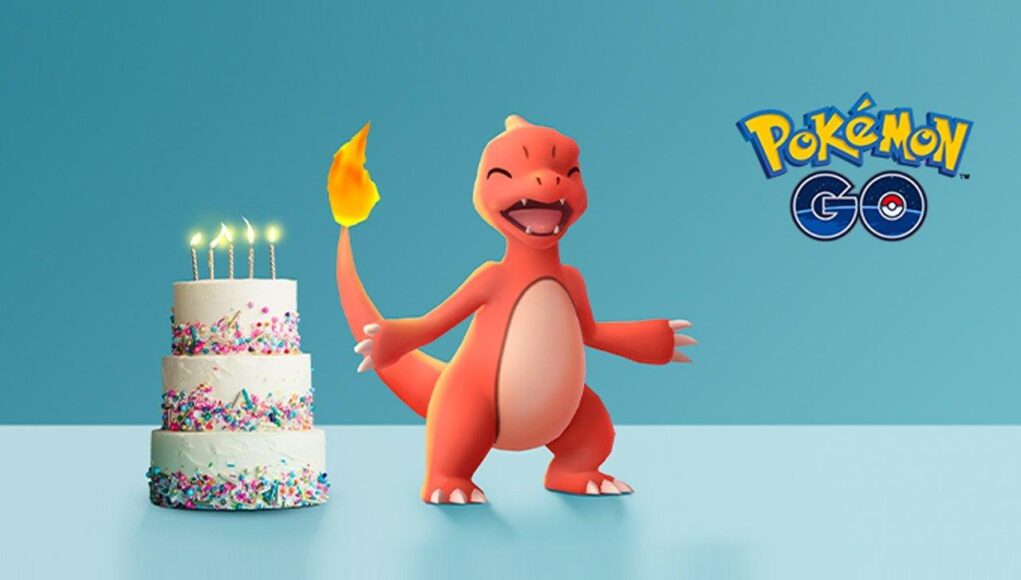 Pokemon Go launched on July 6, 2016, and quickly established itself as one of the most popular mobile games to date. Five years later, Niantic and The Pokemon Company are gearing up to kick off a nine-day-long event to celebrate the occasion.

The event kicks off on July 6, 2021, at 10:00 am local time and will run until July 15, 2021, at 8:00 pm local time. During this time, trainers will be able to catch an event-exclusive Flying Pikachu with a five-shaped balloon. Also appearing more frequently are Darumaka, with an increased chance of finding a shiny Darumaka in the wild.

Like other events, there will also be event-specific research tasks that lead to starter Pokemon from across various generations, including but not limited to: Bulbasaur, Cyndaquil, Mudkip, Tepig, Chespin, and Froakie.

The game will also receive a new interface element — a real-time sky mechanic that will attempt to mimic the lighting of a player’s geographical location in the game. Niantic is also planning to add new features to the in-game Pokedex to make it more robust.

The Pokemon Go team also points out that trainers will receive special anniversary tasks that include bonus stardust and experience rewards. New fifth-anniversary Gift stickers will show up when trainers spin PokeStops and open gifts.

In addition to the Pokemon Go fifth anniversary event, Pokemon Go Fest 2021 will be held on July 17 and July 18. Pokemon Go Fest will be all-digital this year, and for $5, players can purchase a ticket that allows them full access to all the event’s offerings.

Players who do not wish to spend the $5 can still complete free, event-specific tasks.

Foxconn’s revenues in the second quarter of 2021 were up 20% year-over-year because of continued elevated demand of the iPhone and other consumer devices.

Apple’s fall iPhone refresh will be known as the “iPhone 13,” a report claims, with Apple also continuing to use its “mini,” “Pro,” and “Pro Max” terminology for the different models.

A bug in the way iOS handles Wi-Fi hotspot names is apparently worse than first thought, with one malformed SSID found to disable Wi-Fi access on an iPhone completely, requiring a factory reset to rectify it.