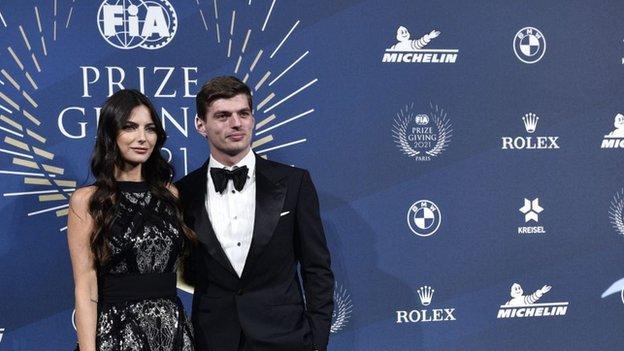 Hamilton and Mercedes team principal Toto Wolff did not attend in protest at the handling of the Abu Dhabi Grand Prix last Sunday.

Formula 1 rules dictate that the top three drivers in the championship must attend.

“If there is any breach, there is no forgiveness in this,” Ben Sulayem said.

Asked to clarify whether he was saying Hamilton would be penalised for not attending the gala, he said: “Forgiveness is always there. But rules are rules.

“I know Lewis is really sad about what happened. I would say he is broken. But we have to look into if there is any breach. [After] a few hours now as president, I cannot give answers without going back to the facts.”

Wolff said on Thursday that Hamilton was “disillusioned” after the events of Abu Dhabi and that he could not guarantee the seven-time champion would return to F1 next year.

The FIA has launched an inquiry into the events of Abu Dhabi, where race director Michael Masi appeared not to follow the organisation’s own rules when it came to the operation of a late safety-car period, resulting in the championship changing hands from Hamilton to Red Bull’s Max Verstappen on the last lap of the race.

The FIA has admitted that the controversy surrounding the race was “tarnishing the image” of F1.

Wolff has accused Masi of “a freestyle reading of the rules and it left Lewis like a sitting duck”, and of “robbing” Hamilton of the title. He added that Mercedes would “hold the FIA accountable” for the controversy.

Ben Sulayem, 60, a former rally driver who has been a member of the FIA World Council, F1’s legislative body, since 2008, said: “Someone will always get upset. I spoke to Toto and he said to me: ‘I am not coming here.’

“I listened to him. When I listened, he started cooling down. We will look into the rules and make sure any situation like this that occurs in the future we will have an instant solution to it. There are so many areas we can improve.”

He said he believed that Hamilton, Mercedes and the FIA will be able to “start afresh” in 2022.

“It is a responsibility of me that we forget the past but look into it with improvement,” Ben Sulayem said.

“We have to be proactive. We have to improve in every aspect. As a driver, I would be so upset for a while but time is a fact that will cool.”

Ben Sulayem is a 14-time Middle East rally champion and former World Rally Championship competitor who has been a motorsport administrator for the past 16 years.

He was elected after a campaign in which he promised to expand motorsport participation around the world and lead the governing body for its members.

His deputy president for sport is Scot Robert Reid, who won the World Rally Championship as co-driver to Englishman Richard Burns in 2001.

He said Ecclestone had been nominated for her experience and credibility having worked for the FIA’s member club in Brazil and as part of the organisation of the Brazilian Grand Prix. She is the first woman to have a role as an FIA vice-president.

Ben Sulayem said Bernie Ecclestone had not been involved other than to introduce the pair. 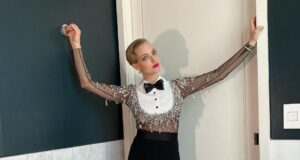 Amanda Seyfried Reinvents the Tuxedo at the Critics Choice Awards