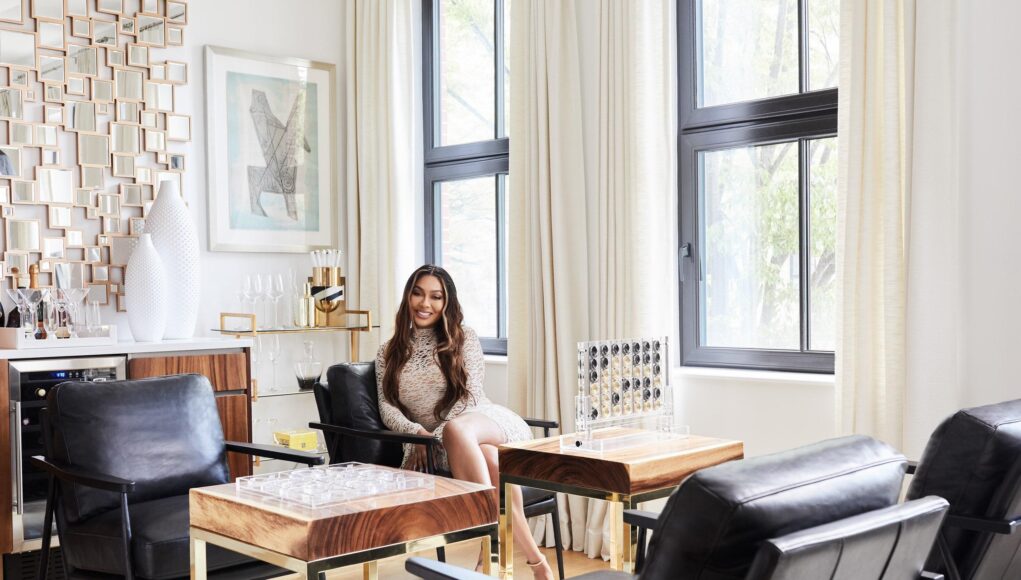 La La Anthony is returning to her roots. The actor, best known for her roles on the critically acclaimed The Chi (Showtime) and Power (Starz), recently filed for divorce from basketball star Carmelo Anthony (who is currently on Team USA at the Summer Olympics in Tokyo). In the wake of this big life change, she bought a new house in Brooklyn—where she was born and raised. “I live in New York, which is a crazy city—it’s moving constantly. So when I go home, I want to have that moment where I can just exhale and feel relaxed and comfortable,” she tells AD.

In order to create that kind of sanctuary for herself and her teenage son, Kiyan, La La teamed up with Z Gallerie, One Kings Lane, and decorator Nikki Chu to curate a living space that is a mix of soft femininity, Brooklyn edge, and comfortable communal spaces for hosting her large family.

“I really wanted to create a space for La La that was colorful, feminine, and chic,” says Chu. “The most important element that La La wanted in her home was to make sure that it was comfortable but also stylish enough to entertain. Providing enough seating in the dining area and a large sectional in her living room was a top priority for her.”

Here, La La shares four of her favorite parts of her new home and Chu offers tips for creating the mood and moments.

PORTRAIT OF AN AFRICAN LADY

Chu felt that pieces like Untitled 2: Omo by Drew Doggett (left) and Velocity (right foreground) “could bring that Brooklyn contrast to all the soft pastel colors throughout the home,” she says.

“There is a photograph hanging by the staircase, entitled Untitled 2: Omo by Drew Doggett, of an African woman with a piercing through her chin and these beads and necklaces around her neck. I just love how it accentuates that part of the house going upstairs. It catches my eye every day—it’s just such a powerful piece. And it was really an important piece of art for me. It symbolizes power and strength, and it’s African,” says La La.

PRO TIP: A stunning black-and-white photo is a great way to provide contrast in a pastel-hued space.

Here, La La Anthony and decorator Nikki Chu sit on the couch in front of the silver Timber coffee table. Two Allure chandeliers and a set of Murano side tables—not to mention the decorative Leopardo statue—give the room a glam vibe. Chu placed a painting titled Lillian August, Abstract Crossings atop bold wallpaper after finding out that one of La La’s favorite colors is pink. 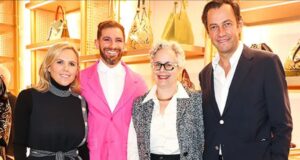 US’ Tory Burch partners with Parsons to promote innovation05