Anyone who works a job that has any kind of stress level knows that the constant “no sleep” situation is so real. You’ve probably googled “how to get rid of bags” on more than one occasion, and you’d do almost anything to get rid of them. And even after you’ve tried a million expensive treatments, they usually come back.

The truth is, your eye puffiness and darkness could be inherited. “The undereye area is one of the thinner areas and is easily neglected in basic skin care,” says Paul Jarrod Frank, a cosmetic dermatologist in New York City. “There is a strong genetic component to dark circles, which is out of people’s control.” Womp, womp. Yes, much of the reason you have those circles is that of your parents’ own thin skin (thanks, Mom). Sometimes you have them because of an increase in pigment in that area. But don’t run to the doctor asking for a pricey laser or needle treatment. Below are ways to minimize the appearance of those circles that won’t cost you an arm or a leg. These affordable tips go way beyond putting cucumbers on your eyes.

If you have dark circles from thin skin, use a retinoid.
“With repeated use, retinol can stimulate the production of collagen, making the skin less thin and improving the dark circles. They are easy to find at the drugstore,” says Rachel Nazarian, a dermatologist in New York City. “Retinoids help rebuild dermal collagen and thereby contribute to vascular support in the area and the recovery of skin volume and firmness,” adds Patricia Ceballos, a dermatologist in New Rochelle, New York. 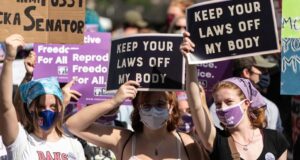