Apple announced its fourth-quarter earnings today after the bell, and it was something of a strange quarter because, unlike some previous years (including last year), this quarter’s numbers did not include an iPhone launch. The iPhone 12’s various models ship in October and November instead of September this year.

CEO Tim Cook proudly announced double-digit YOY growth in all product categories besides iPhone on the call, but the iPhone is important: Apple’s total revenue was up only 1 percent year-over-year, with iPhone revenue down almost 21 percent.

While the iPhone didn’t help push up the bottom line, Apple did launch other products during the period, including the redesigned iPad Air and two Apple Watches: the Apple Watch Series 6 and the Apple Watch SE. iPad revenue was up a substantial 46 percent YOY (it totaled $6.8 billion), and Mac revenue was also strong at $9 billion, or 28 percent more than the same quarter last year.

Apple’s increasing emphasis on services is a well-trodden story by this point, but it continued in Cook’s remarks to investors on the earnings call. Services were up 16.3 percent year-over-year, totaling $14.55 billion—that’s more revenue than any other product category besides the iPhone ($26.44 billion in this down quarter). 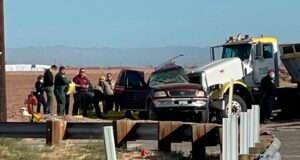