Home Articles Why are so many Haitians at the US-Mexico border? 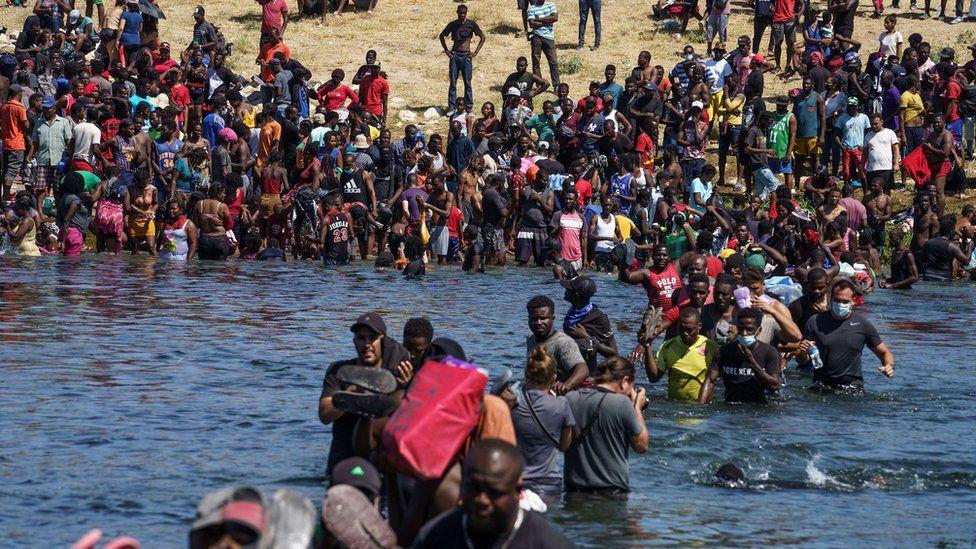 Thousands of predominantly Haitian migrants are still camped at the US border, where officials have struggled to provide them with food and sanitation.

Many of the migrants are fleeing natural disasters, poverty and political turmoil, and making a treacherous journey through Latin America to reach the border.

While citizens of several countries are represented in the migrant camp in Del Rio – including Dominicans, Venezuelans and Cubans – the vast majority are from Haiti.

Of the Haitians, a significant number were those who fled after a devastating earthquake struck the country in 2010, and took up residence in Brazil and other South American countries.

Haiti has also suffered from years of political instability, culminating in the assassination of President Jovenel Moïse in July. The following month, the country suffered another deadly earthquake.

Katiana Anglade, the Haitian-born development and operations director of the Washington-based Lambi Fund of Haiti, says the combination of natural disasters and political unrest over the years has left many Haitians “with nothing to hold on to”.

“There was a big lack of hope for the people who were living on the ground in Haiti,” she says. “It’s just been one shock after another, and one trauma after another.”

Many of the Haitians at the US-Mexico border experienced a long and difficult journey from South America.

Ralph Thomassaint – a journalist for the Haitian news outlet AyiboPost who visited Del Rio this week to collect testimonies from migrants – says most of the migrants “had a sad story” from the journey.

“Many, many women were raped during the trip, and many people die,” he says. “You have thieves and gangs along the route, and people they have to pay to take them from one point to another.”

A significant number of Haitians at the border originally had been in Brazil, attracted by the promise of plentiful jobs during the 2016 Summer Olympics and 2014 World Cup.

When those jobs dried up, many began heading to other countries in Latin America.

“After Brazil, many Haitians went to Chile. There were opportunities in the construction sector there too,” Mr Thomassaint explains. “At that time, it was very easy for them to go there. They didn’t need visas.”

But many Haitians subsequently left Chile, driven away by increasingly strict migration policies.

Government statistics show the number of visas issued to Haiti this year stands at approximately 3,000 – down from 126,000 in 2018.

From South America the Haitians head north to the US under the false assumption – sometimes fuelled by rumours – that they will be welcome there.

“The people we have at the US borders are the ones who left five, six, or seven years ago,” Mr Thomassaint says. “Many of them just couldn’t find jobs anymore.”

Ms Anglade says many head towards the US after hearing “that the door will be open” to them if they arrive at a port of entry.

“They thought that that as long as they make it the border, they’d have a better opportunity,” she says. “But what they walked into is a deplorable situation. There are no words to explain or express how painful it is watching what those people are going through underneath that bridge.”

On Thursday, US officials said that approximately 4,000 migrants remained under the bridge. Several thousand have already been returned to Mexico, while an estimated 3,200 are in custody waiting to be processed.

In addition, about 1,400 have so far been flown back to Haiti under the US government’s Title 42 policy aimed preventing the spread of Covid-19 in holding facilities.

Jenn Budd, an immigrant rights activist who was at the scene on Wednesday, says police and National Guard personnel have “completely blocked off” the area.

“They’re cleaning it up and getting rid of everything, and they have shut down access to the river itself.”

US ‘set to fly back’ Haitian migrant arrivals 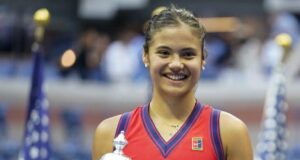 Raducanu: US Open champion celebrated in China for her heritage