Donald Trump Jr. on Tuesday agreed with a tweet from Nick Ayers, a former aide to Vice President Mike Pence and a senior adviser to the Trump campaign, expressing hope the president would direct the U.S. Environmental Protection Agency to block the proposed Pebble Mine.

Trump Jr., in response, wrote: “As a sportsman who has spent plenty of time in the area I agree 100%. The headwaters of Bristol Bay and the surrounding fishery are too unique and fragile to take any chances with.”

The EPA has said the Bristol Bay watershed supports the largest sockeye salmon fishery in the world and contains significant mineral resources. An environmental review released by the U.S. Army Corps of Engineers last month — and assailed by critics as deficient — stated that under normal operations, the alternatives it looked at “would not be expected to have a measurable effect on fish numbers and result in long-term changes to the health of the commercial fisheries in Bristol Bay.”

The corps has yet to make a permitting decision. When it does, it could issue a permit, approve a permit with conditions or issue a denial. The project, should it advance, also would face a state permitting process. 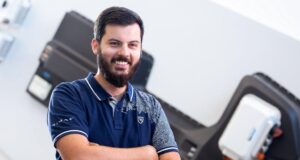 The hypercar maker who was told to give up his dream