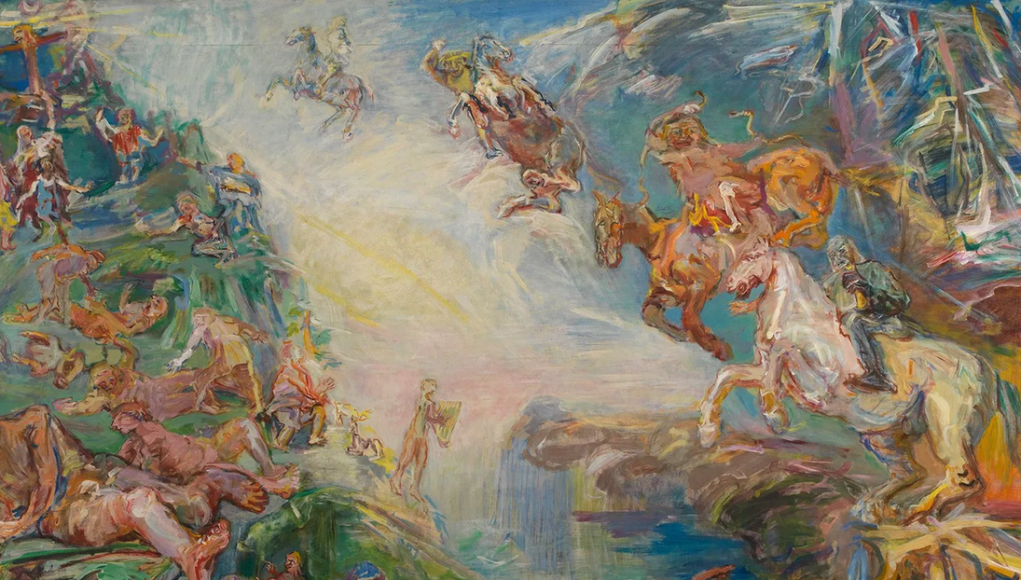 Facebook
Twitter
Google+
Pinterest
WhatsApp
Oskar Kokoschka was not only a beautiful-sounding name, but a household name, at least until the mid-20th Century. Born in Pöchlarn, near Vienna, in 1886, he achieved fame as an Expressionist painter, printmaker and playwright, with a sharp eye for dark and unsettling stories. Once as well-known as Gustav Klimt and Egon Schiele, whom he worked alongside in his younger years, Kokoschka has since fallen into relative obscurity – at least until now.
This month, the re-opening of the Courtauld Gallery in London after a major three-year restoration sees one of the largest and most extraordinary of Kokoschka’s works go back on display following an even longer hiatus. The Prometheus Saga or Prometheus Triptych consists of three canvases spanning more than eight metres in total filled with colourful but terrifying scenes of the apocalypse and eternal punishment, inspired by Biblical passages and Greek myth. Confined to storage for more than a decade, the paintings have now been given pride of place in the newly refurbished 20th-Century gallery within the building. 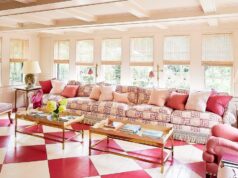 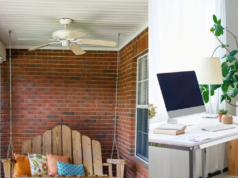 I’m an interior designer. Here are 9 home-decor trends that will be popular this year. 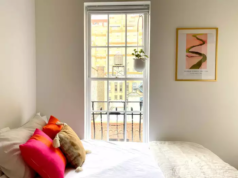