Microsoft’s Surface Duo, a dual-screen Android phone from the maker of Windows, is now available to order and shipping to consumers. This is the first smartphone Microsoft has released since the end of support for the Windows Phone platform five years ago.

Priced at a steep $1,399, the Surface Duo features two 5.6-inch OLED screens, each with a resolution of 1,800 by 1,350 pixels. The screens are separated by a 360-degree hinge, so you can open it like a book or fold it all the way around. Of course, the device is enormous—145.2mm×186.9mm×4.8mm. As our own Ron Amadeo noted when the phone’s ship date was officially announced, that’s a bit big to be considered a phone in some people’s book, given that it won’t fit in many pockets. And to that point, Microsoft doesn’t exactly call it one.
So if it’s not a phone, is it a tablet? Sort of, but it comes with phone-like features, running a smartphone build of Android and including voice calls on the same cellular networks like AT&T, which is the carrier that sells the phone in addition to the unlocked version sold directly by Microsoft.

Microsoft announced the Surface Duo alongside the Surface Neo, which is also a dual-screen tablet/phone hybrid. But the Neo is built for a version of Windows designed for dual-screen devices rather than Android. 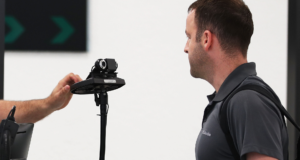