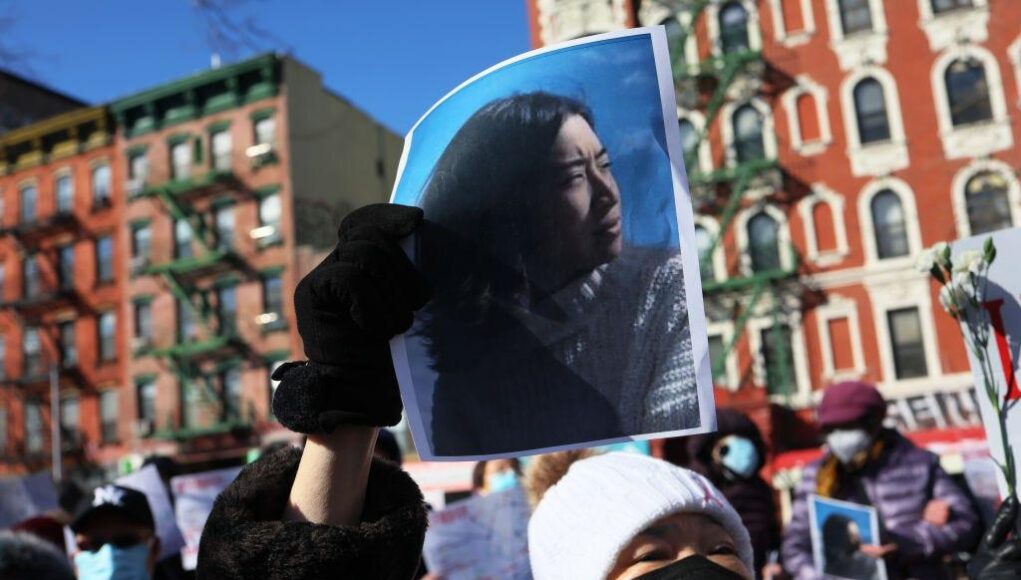 About $350,000 has been raised for charity in the first week of the Christina Yuna Lee Memorial Fund, a verified GoFundMe campaign in honor of the Korean American woman who was stabbed to death at her Chinatown apartment in Manhattan.

Lee’s death, one of the latest in a string of unprovoked attacks on people of Asian descent, has galvanized New York City’s Asian community. More than 300 people attended a funeral mass in her honor last Friday at St. Michael’s Catholic Church in the New Jersey township Palisades Park, where her parents are parishioners.

“This is the definition of horrific. … We stand with our Asian community today,” Mayor Eric Adams tweeted after the crime.

When it was established five days ago, the memorial fund’s goal was to raise $100,000 for Lee’s favorite nonprofit projects. That target was exceeded in three days, and the campaign now hopes to raise at least $500,000.

“On February 13, our daughter, sister, and friend Christina Yuna Lee was taken from us in a senseless act of violence,” Angela Yujin Lee, the GoFundMe campaign’s organizer, wrote on the fund’s page.

WHAT ADVOCATES SAY NEEDS TO CHANGE:Asian women continue to face ‘terrifying’ attacks in the US

The GoFundMe page remembers Lee as someone who “radiated positivity, joy, and love” and “supported her friends in everything that they did.”

“Her death is part of an alarming pattern of unchecked, hateful violence against women, namely women of Asian descent and women of color, that can no longer stand without consequence,” the statement on the GoFundMe page added.

Christina Yuna Lee, 35, was stabbed 40 times by a man who followed her inside her building, according to New York City police. Assamad Nash was charged with murder, burglary and assault in connection to the attack.

Police have not labeled the death as racially motivated. But coming amid a rise in bias incidents against Asian Americans during the coronavirus pandemic, the killing has prompted renewed calls from the community for protection.

Angela Yujin Lee asked people to honor Christina’s legacy and values by supporting the organizations and places that were most important to her.

The message touched Yunji Lee, 18, a Fordham University student from Tenafly who donated $200 to the fund.

“I was heartbroken to hear about the news,” Yunji Lee told NorthJersey.com, part of the USA TODAY Network. “I want to spread the word against hate crimes against Asians. I want to contribute to make sure our voice is heard.”

According to the GoFundMe page, the first $100,000 in donations will go to the following organizations:

Prospect Park Alliance. The Brooklyn park was Christina Lee’s favorite in the city, Angela Yujin Lee wrote in her statement. When Christina Lee lived in Brooklyn, she often went there to “meditate, gather with loved ones, and find peace in its wide green expanse. … We plan to fund the planting of a tree in her name and the installation of a memorial bench.”

Womankind. The organization serves survivors of domestic violence, human trafficking and sexual violence of all ages.

‘SOLIDARITY IT THE ANSWER’:Amid a rise in hate crimes, Black and Asian Americans are standing together

Elizabeth Street Garden. Lee believed in the power of green and open spaces as opportunities for self-realization and exploration, according to the GoFundMe page. Elizabeth Street Garden was one of her favorite places in New York, and she often went there to read, sketch, listen to music and hear poetry.

SafeWalks. Founded in January 2021, SafeWalks was established in light of the brutal attacks against multiple women at the Morgan L subway station in Brooklyn. SafeWalks matches New Yorkers who feel unsafe while commuting with travel companions.

The additional funds raised will provide more money to the organizations and others that were important to Christina Lee, the statement said.

Lee’s death “has shaken us to our core,” her family added. “Nothing will give her back to us. But with your help, we can make the 35 years she spent on Earth mean something for generations to come.” 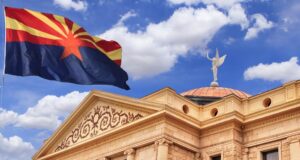 Arizona’s Presidential Election Recount (Yes, That One) Back On After Democrats...