Meghan Markle’s new pinky ring is a mystery no more.

When the Duchess of Sussex and Prince Harry posed for a new portrait last week, Markle was pictured wearing a gold Cartier “Love” bracelet ($6,550) and a Cartier watch believed to have been owned by Princess Diana.

Of course, she also sported her $350,000 diamond engagement ring, but there was also a new diamond ring on display that sparked speculation from royal watchers, who thought it could even be Diana’s famous aquamarine ring that Markle wore at her wedding reception and on tour to Australia.

Page Six has now been told that the brunette, in fact, turned to celebrity jeweler Lorraine Schwartz to fashion the ring from a gift of diamonds that the couple received from the Middle East.

While Schwartz declined to comment, we’re also told that she made diamond earrings from the same set.

It’s not the first time that the Sussexes have turned to Schwartz for some sparkle. Harry helped create a bespoke diamond eternity ring with the jeweler as a gift to mark the couple’s first wedding anniversary, which featured birthstones for himself, Markle and their baby son, Archie. 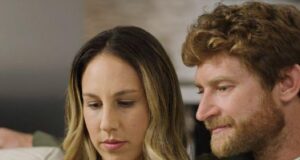 Why I Took a Genetic Test Before Starting a Family