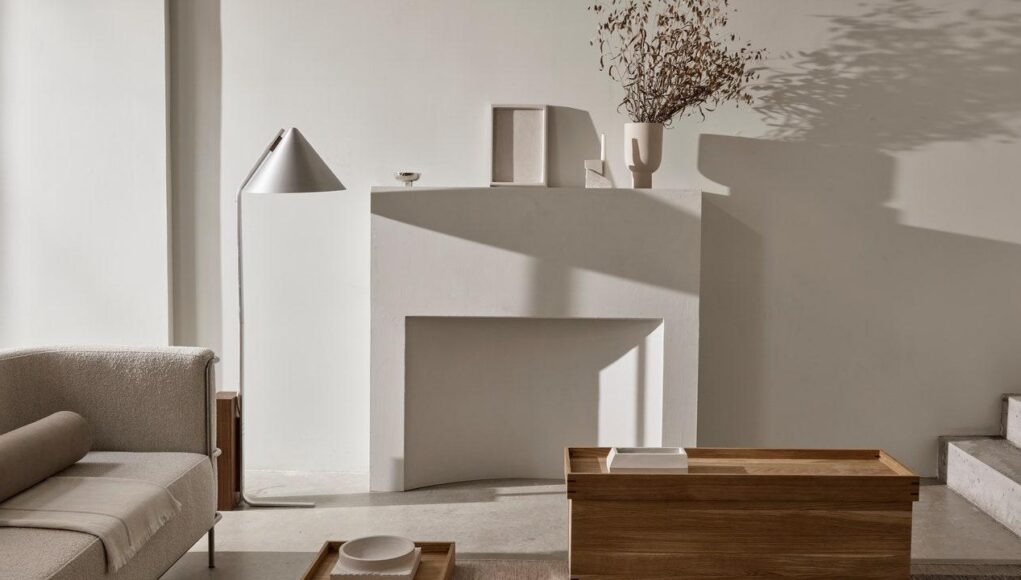 It’s no easy feat, stopping two on-a-mission design editors in their tracks while whizzing through row after row of expo center pavilions. But with only a few days to scour the seven exhibitor-packed halls of Maison & Objet, Paris’s semiannual source for new furnishings and accessories, the number of exciting discoveries correlates with step counts. This season’s fair, held March 24 through 28 following the postponement of its standard January edition, offered even more to see thanks to the dedicated expansion of the luxury section Signature Hall. Below, meet the stand out makers from each home category.

After making its debut at Paris Design Week last fall, Popus Editions returned with its spritely palette, playful prints, and bulbous silhouettes–this time adding a new material to the mix: rattan. The studio’s latest includes seating and a coffee and side table wrapped in the natural material, with the latter’s surfaces topped in a muted orange leather. Taking a more low-key stance tonally, Copenhagen-based Kristina Dam Studio (which is now available through DWR in the U.S.) debuted the Frame collection, which thinks critically about sculptural shapes and how they’d interact with light and shadow.

Elsewhere, show newcomer Red Edition made quite the first impression with its ’70s-inspired Stanley sofa, a modular number made of a velvety tufted seat perching atop a stainless-steel and rosewood base. Those with even more modernist aesthetics will be keen to see Testatonda’s new Trespade series, where tubular steel folds into chic lounge chair, stool, and side table silhouettes. And perhaps the most exciting of newcomers was The Invisible Collection, whose latest designer lineup includes Uchronia, Studio Akademos, and Pietro Franceschini, among others.

At Magic Circus Éditions, founder and designer Marie-Lise Féry presented her latest series, a contemporary take on rice paper lanterns. The resulting graceful forms, with their sweeping brass stems and mouth-blown glass shades, are simultaneously fresh and familiar. Nearby, in the Signature section, Paris-based Forestier had its two latest lineups with designer Jette Scheib on display: The Carrie collection’s pendant and sconce styles that suspend a simple, yet classic linen shade in your choice of gray, curry, olive, sand, nude, or aqua, as well as the Parrot and Grass fixtures, which feature color-blocked hemp coiled into fixtures reminiscent of African wall baskets.

Peep the backs of nearly in any bistro chair outside a Paris cafe and you’re likely to find one name on the brass label: Maison Drucker. (At 136 years old, it’s the oldest workshop of rattan chairs in Paris.) These days, the firm also cuts, sands, and bends rattan into shape for headboards, armchairs, and even child-sized seating, but its classic woven bistro chairs (as seen in Hall 6 at Maison & Objet) are always the biggest delight.

Fine cutlery maker Alain Saint-Joanis has been handcrafting flatware from its La Monnerie-le-Montel, France, workshop since 1876. Dozens of the manufacturer’s more than 150 styles, ranging from artisan handles made of olive wood and marbled resin to bamboo, were on display at the show. In a booth nearby in the newly enhanced—and admittedly, impressive—Signature Hall, Chicago- and Milan-based architect and designer Felicia Ferrone debuted a new line of glassware from her eponymous studio, Fferrone (a drinkware source for pros including AD Hall of Fame designer Kelly Wearstler). Featuring the brand’s signature channeled design, the Frances series elevates the glassware with a round, pedestal-like base. The clean lines continue at Broste Copenhagen, where round cloth napkins with pigment-rich piping, rainbow-hued candlesticks, and other delights made their debut.

As its name suggests, Maison & Objet is a veritable trove for, well, objets—those decorative odds and ends that put the finishing touch on any project. Highlights from this year’s wares included Stoned, an Amsterdam-based accessories label (think serveware, vanity trays, knobs, and more) specializing in travertine and white, black, pink, burgundy, and green marbles. Designer favorites Sol & Luna and Pinetti are go-to purveyors of leather goods, while Maison & Objet newcomers Pent and Kenko are bringing thoughtful design into the home gym. Take it from two design editors who walked a combined 26,000 steps per show day: Working out has never looked so good.

7 Sneaky Things You Can Make with Your Toaster