Kylie Jenner recently added some new ink to her collection, paying tribute to her 2-year-old daughter Stormi Webster with a tiny “4:43” inked on to her forearm. According to TMZ, 4:43 was the time that Jenner gave birth to her daughter. The 22-year-old already has a series of small tattoos, including her daughter’s name on her tricep.

Fans caught the first glimpse of the mini tattoo and the star’s new chocolate brown hair color in an new Instagram Story. Jenner was pictured in a casual selfie alongside longtime friend and makeup artist Ariel Tejada.

Later, Kylie posted to her feed a selfie that showed off her chocolate brown hairdo and a blush pink corset ensemble.

Although the star changes her hair color as a quickly as she changes outfits, her sisters seem to be campaigning for Kylie to keep the chocolate brown shade: Kim commented, “Damnnnnnn I am LOVING this hair color” and Khloé followed with: “This is your hair color” and “I literally just fainted!!!! Gagged! Dead! All of that!!!” 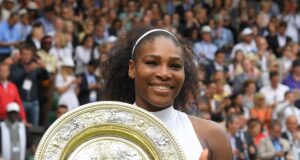