Anyone who still thinks that the words Appalachia and luxury are mutually exclusive has never been to Blackberry Farm.

Opened in 1976 on a lush 4,200 acres in Walland, Tennessee, a town of approximately 350 near the entrance of the Great Smoky Mountains National Park, Blackberry is one of the South’s most highly regarded luxury resorts. Its reputation stems from the well-appointed English country–style accommodations, immaculate service, and an award-winning culinary program—the Farm has 15 James Beard Award nominations and three wins. As a concept, the property is widely respected for its deep commitment to community, sustainability, and beauty.

More recently, Blackberry’s leadership has turned their attention more directly to design. In tandem with running the resort, the management is taking the Farm’s haute-bourgeois aesthetic—along with the earthier but no less upscale vibe of its newest development, Blackberry Mountain—and translated it to in-house interior design and real estate divisions.

Interiors have always been an essential element of Blackberry’s appeal. In the resort’s early years, the design team was led by Kreis Beall, who cofounded Blackberry with her husband, Sandy. They tended to concentrate on the Farm’s ongoing need to update guest rooms and public spaces while developing new concepts. Occasionally, they were asked to weigh in on the design of private homes that would pop up on the property.

The Garden House at Blackberry Farm, one of the resort’s airy guest accommodations.

In the beginning, the Farm’s private residences were owned by the Beall family and their close friends. In 2009, after receiving numerous queries from guests keen to own their own home in this rarified setting, Blackberry released more plots to support its expansion into private property ownership. This facilitated the need for Blackberry Farm Real Estate, which opened in 2010. Today, the division is operated by a small team that acts as brokers and informs interested parties about the perks of Blackberry land ownership.

Not just anyone can build a home at Blackberry Farm. At a resort where family, authenticity, and sustainability are king, it’s important to Blackberry leadership that potential owners appreciate the Blackberry value set and aesthetic ethos. There’s a practical reason as well: The lots on Blackberry properties are limited. Half of the available acreage is in a conservation easement, part of the Bealls’ ongoing efforts to protect their slice of the Appalachian foothills and to preserve the land for future generations.

Blackberry has always been a family affair. Kreis and Sandy’s late son, Sam, grew up on the property and was largely responsible for driving its expansion over the last 20 years. When Sam died tragically in a skiing accident in 2016, the family urged his wife, Mary Celeste, to step in as proprietor. 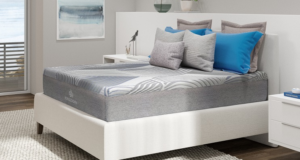