Home Decors & Furniture How Renée Zellweger And Ant Anstead Are Getting Even Closer As He...

A lot of fans were surprised when word came out that Oscar winner Renée Zellweger had started dating Christina On the Coast’s Ant Anstead back in late June. The two had met while Zellweger appeared on his new show, Celebrity IOU Joyride, hit it off, and started taking walks where they were spotted smooching publicly not long after, though they haven’t said much about their relationship. Now, it sounds like the new-ish couple is getting even closer as Anstead prepares to renovate his home, because Zellweger has moved into a house near him.

By the few mentions and publicly acknowledged glimpses we’ve gotten of Ant Anstead and Renée Zellweger’s romance, it already seemed like things were going just swimmingly for the two. They’ve mostly remained mum on the state of their romantic affairs, with the recently divorced Anstead only giving fans a couple of looks at his time with the acclaimed talent on his social media, so far. According to TMZ, though, we shouldn’t count their silence as anything like a relationship cool-off, because Zellweger is now renting a home across the street from Anstead’s place in Laguna Beach, California.

And, not only is Zellweger now installed in the luxurious, five bedroom home (which she’s reportedly renting for a cool $30,000 a month), with all of her belongings being moved in, but the plan is for the two to live in the space together while Anstead has his own house renovated. We’re not sure how extensive those renovations will be, or how long they’ll take, but moving in together even just for a couple of months could certainly be seen as a big step.

Even though both Anstead and the convincingly British actress have been in very public relationships in the past, Anstead’s most recent relationship saw a surprising end just last fall. After less than two full years of marriage (and one child, son Hudson) to Flip or Flop and Christina On the Coast star Christina Haack, she announced their plans to divorce, with Haack and her kids from her first marriage moving out of the home they shared with Anstead this July, about a month after their divorce was finalized.

It would appear that Zellweger rented a great place that would be easy to share with both Anstead and Hudson (who’s now two years old). Not only will it, obviously, allow for the master mechanic to easily check in on the work at his home, but the rental boasts 4,900 square feet, and several amenities, including a pool and a backyard that looks out over the Pacific Ocean.

Seeing as how Ant Anstead and Renée Zellweger seem committed to keeping their relationship as private as possible, we may never know if this temporary living arrangement is just for convenience, or if it’s really a trial run for a full-time situation once his renovations are done. But, there is a slight possibility that we’ll be seeing more of the twosome because of the work being done on Anstead’s home, as it will be documented for HGTV’s hit series, Property Brothers. Whether they decide to live together after this or not, at least things appear to be going well for them, and that’s good to see. 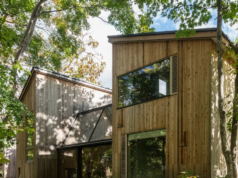 The key to working happily at home 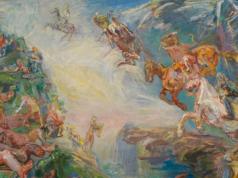 The overlooked masterpiece warning of a Cold War apocalypse

Tour a Thom Filicia–Designed Family Retreat on One of New York’s...