Compared to past years, Largan’s estimated production window for the second half of 2020 has been delayed by four to six weeks, meaning peak iPhone lens shipments will fall between September and November. Previous years have seen the firm ship product to Apple assembly partners between August and October.

Though not mentioned in the note, the ongoing coronavirus is likely to blame for the manufacturing setback. Recent rumors claim the ongoing pandemic will force Apple to push its typical September iPhone launch event to October.

Kuo fails to specify the lens type Apple intends to adopt, though in prior notes the analyst pegged “iPhone 12” to integrate 7P, or seven-element, lenses. The adoption of a 7P lens design would yield slightly improved image quality over current iPhone models like iPhone 11 Pro, which uses a five-element ultra wide lens stack and two six-element arrays for wide and telephoto photography.

Which future iPhone model or models will benefit from the “high-end” arrays is also unclear. Kuo in March said 7P would find its way to at least one camera module. 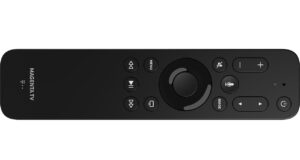