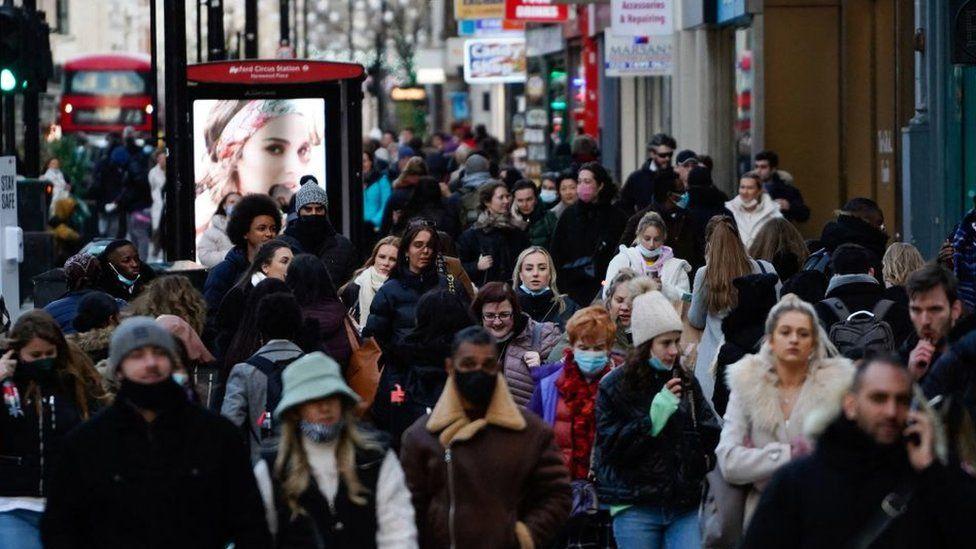 The UK is facing a substantial wave of Omicron infections in January without further restrictions, according to scientists.

However, there is huge uncertainty about how much pressure that will pile on the NHS.

Uncertainty means the numbers needing hospital care could be significantly larger or smaller than last winter.

But the researchers said tougher restrictions may be needed to prevent Omicron overwhelming hospitals.

The work by the London School of Hygiene and Tropical Medicine is not a crystal ball. It does not say what will happen with Omicron but gives a range of possible outcomes.

Dr Nick Davies, one of the researchers, said Omicron was spreading “very fast” and was “quite concerning” and was likely to be the dominant form of the virus in England by the end of the year.

The report says the number of people infected is currently doubling every 2.4 days in England despite the country having high levels of vaccination. That is faster than the original form of the virus spread when nobody had protection.

Dr Davies said: “Based on what we’re seeing we can expect there to be a large wave of Omicron in the UK.”

However, the most uncertainty pivots around how well the vaccines and boosters will keep people out of hospital.

The team explored optimistic and pessimistic scenarios around Omicron’s ability to evade immunity and the impact that boosters had.

The study assumes Omicron is less severe than previous variants if you have been vaccinated.

But the report said “the majority of scenarios” concluded that with current measures there would be more admissions than last winter.

Dr Davies said: “I think our projections are worrying, it doesn’t paint an optimistic picture.”

Early real-world studies by the UK Health Security Agency estimated two doses of a vaccine gave limited protection against developing Omicron symptoms, but a booster dose raised it up to 75%.

The research looked at the impact of introducing new restrictions on the Omicron wave.

Dr Davies said tougher restrictions were “terrible for people’s physical wellbeing and their mental wellbeing” and this needed to be carefully weighed up.

The modelling warns that in the pessimistic scenarios it would take measures closer to “lockdown with schools open” to prevent intense pressure on the NHS.

More data is needed before the true picture of where the UK is heading becomes clear.

Dr Rosanna Barnard, one of the researchers, said: “In our most optimistic scenario, the impact of Omicron in the early part of 2022 would be reduced with mild control measures such as working from home.

“However, our most pessimistic scenario suggests that we may have to endure more stringent restrictions to ensure the NHS is not overwhelmed.

“Mask-wearing, social distancing and booster jabs are vital, but may not be enough.

“Nobody wants to endure another lockdown, but last-resort measures may be required to protect health services if Omicron has a significant level of immune escape or otherwise increased transmissibility compared to Delta.”

The research has been published online but has not been through the formal process of being reviewed by other scientists.

Vaccines should work against Omicron, WHO says 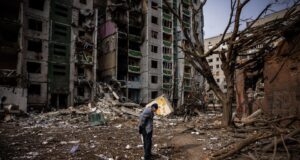