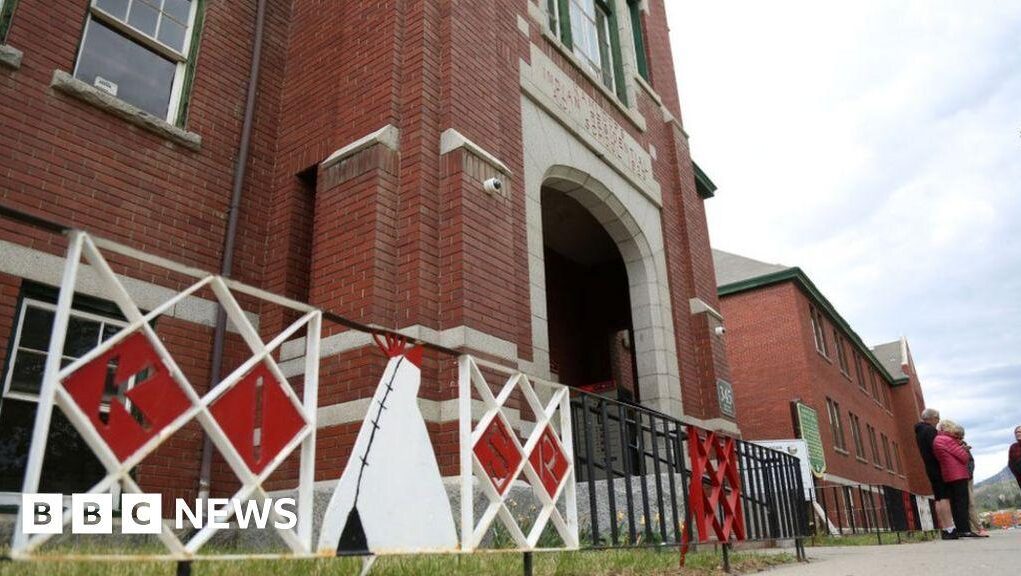 Canada has agreed to pay C$2.8bn ($2.9bn; £1.68bn) to settle a class-action lawsuit seeking compensation for the loss of language and culture caused by its residential school system.

Government-funded compulsory boarding schools were part of a policy meant to assimilate children and destroy indigenous cultures and languages.

The money will be paid to a non-profit trust independent of the government.

But the settlement must still be finalised and approved by a court.

The lawsuit was brought by 325 First Nations in 2012, and sought reparations for the abuse indigenous Canadians faced at the government boarding schools.

Some 150,000 First Nations, Métis and Inuit children were taken from their families and placed in these schools from the 19th Century into the 1970s. Many then suffered physical, emotional and sexual abuse.

Survivors testified about children who died at the schools, where students were often housed in poorly built, poorly heated, and unsanitary facilities.

In recent years, Indigenous communities have found evidence of hundreds of mass unmarked graves on the grounds of former residential schools. These discoveries have reignited debate about the system.

Announcing the settlement at an event on Saturday, Marc Miller, Minister of Crown-Indigenous Relations, said it would not “erase or make up for the past” but “what it can do is address the collective harm caused by Canada’s past”.

Shane Gottfriedson, the former chief of the Tk’emlups Nation and British Columbia regional chief for the Assembly of First Nations, said during the event that it had “always been a fight with government” to settle Native Canadian human rights and land claims.

“This is the beginning of a new era in Canada for our people,” he said.

“No reconciliation without truth”: A survivor recounts abuse in Canadian residential school

The settlement will be placed in a not-for-profit trust to support “healing, wellness, education, heritage, language and commemoration activities” for indigenous Canadians over the course of 20 years, according to the government.

More than 130 residential schools were operated in Canada between 1874 and 1996.

At least 3,200 children died while attending a residential school, though advocates have said this number is likely much higher.