US President Joe Biden has defended his decision to withdraw military forces from Afghanistan, saying that US operations will end on 31 August.

The fourth US president to oversee the war also defended the speed of the US withdrawal, saying it saved lives.

Mr Biden’s speech comes as the Taliban militant group continues to seize territory around the country.

US forces have fought in Afghanistan for nearly 20 years, following the terror attacks of 11 September 2001.

Earlier this year, Mr Biden set a 11 September 2021 goal of withdrawing all US troops.

Donald Trump had agreed with the Taliban to pull out US troops by May 2021, but that deadline was pushed back by Mr Biden after he took office in January.

“Just one more year of fighting in Afghanistan is not a solution,” Mr Biden said in a White House speech, “but a recipe for fighting there indefinitely.”

He also denied that a Taliban takeover is “inevitable,” saying that the Taliban force of approximately 75,000 fighters is no match for the 300,000 Afghan security forces.

Even after the total pull out is complete, the US is expected to keep 650 to 1,000 troops in Afghanistan to guard the US embassy, Kabul airport, and other key government installations.

Recent polls have shown broad US support for leaving Afghanistan, with Republican voters more sceptical of the decision to withdraw.

Mr Biden also said that efforts are being made to get translators, interpreters and other Afghans that worked with the US government out of the country. He said 2,500 special immigrant visas have been issued to allow them to come to the United States, but only half have come so far.

He was at pains to say support for Afghanistan wouldn’t stop, but even more adamant that both Afghan politicians and security forces had the capacity to prevent a Taliban takeover. “Will they do it?” he asked.

That’s what Afghans have asked – repeatedly – in the midst of continuing disarray and disunity in Kabul, and the dramatic Taliban advance in the districts.

The president’s emphasis on speaking out for women and girls isn’t heard in districts already under Taliban control where they’re not going to school.

As a president who’s known to study all the scenarios, he made it clear “it’s highly unlikely” there will be a unified government, and not much the US could do, or should do, if Kabul collapses. That’s up to Afghans – and the countries next door.

The vast majority of remaining foreign forces in Afghanistan have left ahead of the US 11 September deadline, leaving the Afghan military completely in charge of national security.

President Ashraf Ghani insists that Afghan security forces are fully capable of keeping insurgents at bay, but there have been reports of thousands of Afghan troops seeking refuge in other countries to avoid the fighting.

Earlier in the week, Taliban spokesman Suhail Shaheen told the BBC that the group was not responsible for the recent increase in violence. He insisted that many districts had fallen to the Taliban through mediation after Afghan soldiers refused to fight.

US-led forces ousted the Taliban from power in Afghanistan in 2001. The group had been harbouring Osama Bin Laden and other al-Qaeda figures linked to the 9/11 attacks in the US that triggered the invasion. However, it has gradually been regaining territory in recent years.

From 9/11, to intense fighting on the ground, and now full withdrawal of US-led forces, here’s what happened.

Al-Qaeda, led by Osama Bin Laden in Afghanistan, carries out the largest terror attack ever conducted on US soil.

Four commercial airliners are hijacked. Two are flown into the World Trade Centre in New York, which collapses. One hits the Pentagon building in Washington, and one crashes into a field in Pennsylvania. Nearly 3,000 people are killed.

A US-led coalition bombs Taliban and al-Qaeda facilities in Afghanistan. Targets include Kabul, Kandahar and Jalalabad.

The Taliban, who took power after a decade-long Soviet occupation was followed by civil war, refuse to hand over Bin Laden. Their air defences and small fleet of fighter aircraft are destroyed.

The Northern Alliance, a group of anti-Taliban rebels backed by coalition forces, enters Kabul as the Taliban flee the city.

By the 13 November 2001, all Taliban have either fled or been neutralised. Other cities quickly fall.

After protracted negotiations at a “loya jirga” or grand assembly, the new Afghan constitution is signed into law. The constitution paves the way for presidential elections in October 2004.

Hamid Karzai, the leader of the Popalzai Durrani tribe, becomes the first president under the new constitution. He serves two five-year terms as president.

British troops arrive in Helmand province, a Taliban stronghold in the south of the country.

Their initial mission is to support reconstruction projects, but they are quickly drawn into combat operations. More than 450 British troops lose their lives in Afghanistan over the course of the conflict.

US President Barack Obama approves a major increase in the number of troops sent to Afghanistan. At their peak, they number about 140,000.

The so-called “surge” is modelled on US strategy in Iraq where US forces focussed on protecting the civilian population as well as killing insurgent fighters.

The leader of al-Qaeda is killed in an assault by US Navy Seals on a compound in Abbottabad in Pakistan. Bin Laden’s body is removed and buried at sea. The operation ends a 10-year hunt led by the CIA. The confirmation that Bin Laden had been living on Pakistani soil fuels accusations in the US that Pakistan is an unreliable ally in the war on terror.

The founder of the Taliban, Mullah Mohammed Omar, dies. His death is kept secret for more than two years.

According to Afghan intelligence, Mullah Omar dies of health problems at a hospital in the Pakistani city of Karachi. Pakistan denies that he was in the country.

At a ceremony in Kabul, Nato ends its combat operations in Afghanistan. With the surge now over, the US withdraws thousands of troops. Most of those who remain focus on training and supporting the Afghan security forces.

The Taliban launch a series of suicide attacks, car bombings and other assaults. The parliament building in Kabul, and the city of Kunduz are attacked. Islamic State militants begin operations in Afghanistan.

Afghan President Ashraf Ghani says more than 45,000 members of his country’s security forces have been killed since he became leader in 2014. The figure is far higher than previously thought.

The US and the Taliban sign an “agreement for bringing peace” to Afghanistan, in Doha, Qatar. The US and Nato allies agree to withdraw all troops within 14 months if the militants uphold the deal.

US forces are scheduled to withdraw from Afghanistan by 11 September 2021, exactly 20 years since 9/11. There are strong indications that the withdrawal may be complete before the official deadline.

US left Bagram at night with no notice, Afghans say 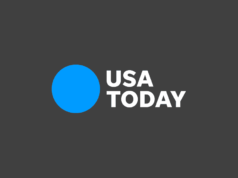 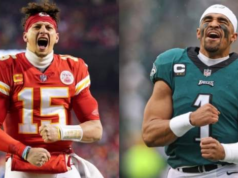 Covid: WHO calls for booster pause to vaccinate poorer nations