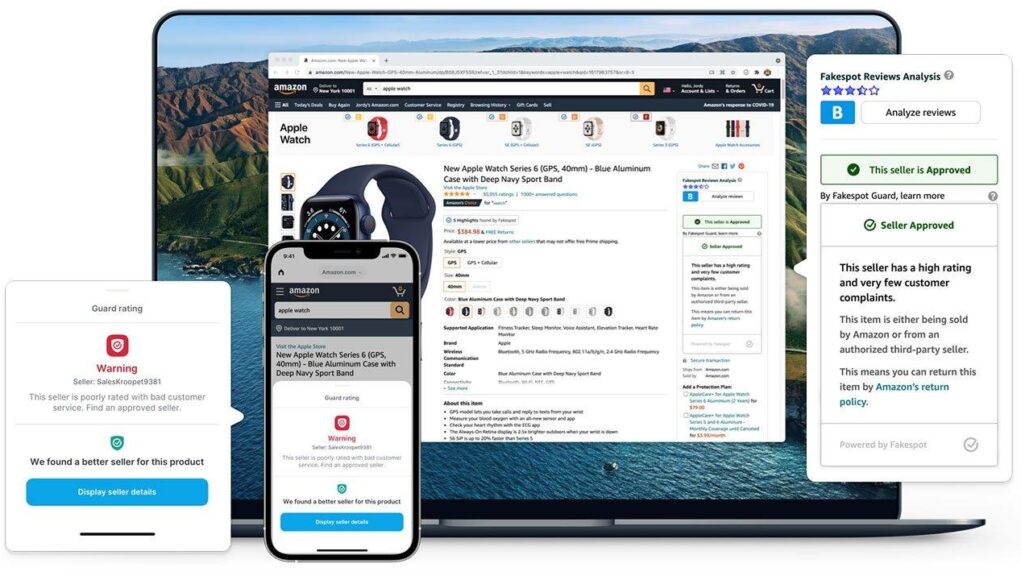 Amazon on Friday said it complained to Apple about an app called Fakespot, which it claims inaccurately identified fraudulent sellers and fake reviews, leading to the title’s removal from the App Store.

Fakespot bills itself as a data analytics firm that applies artificial intelligence to the task of detecting false reviews and reviewers on a variety of sites including Amazon, TripAdvisor, Walmart and Yelp, according to its website. The goal of the program is to protect consumers from misleading information, the company says.

Amazon, which is facing a growing problem of fake or incentivized reviews, in a statement said Fakespot “provides customers with misleading information about our sellers and their products, harms our sellers’ businesses, and creates potential security risks” when it uses tools that do not adhere to Amazon’s own grading system, reports CNET.

The e-commerce giant said it performed a review of Fakespot ratings and found that the third-party firm’s findings were incorrect 80% of the time, the report said. Amazon also complained that a recent version of the Fakespot app was “wrapping” its website without permission, or allowing users to log in and view Amazon’s storefront with a “secure shopping” overlay, reports The Verge. That unauthorized access, and the fact that Fakespot injects code into its website, could lead to data theft, Amazon contends.

In a statement to The Verge, Amazon said it believes Fakespot violates guideline 5.2.2, a rule dealing with third-party site and service permissions.

Amazon started the takedown process in June by informing Apple of potential App Store violations and the tech giant seemingly booted Fakespot from the App Store on Friday. Apple has not commented on the matter.

Fakespot founder Saoud Khalifah confirmed the takedown in a statement to The Verge, saying Apple alerted him to the removal in a three-line email.

“Apple hasn’t even given us the ability to solve this,” Khalifah said. “We just dedicated months of resources and time and money into this app.”

Fakespot is commonly sited in reports about fraudulent Amazon reviews. That fact was apparently not lost on Amazon, which reportedly attempted to counter the third-party review rating app by purchasing search ads against the “Fakespot” keyword. Khalifah said his app was installed some 150,000 times on iOS.

“Amazon is willing to bully little companies like ours that showcase the cracks in their company,” Khalifah said.

Yeah, this is at least a bad look for both companies. Amazon doesn’t like the app. They shouldn’t be able to use their size and power to get Apple to destroy it.

I’ve used Fakespot for a long time and have been happy with the insight. Both the IOS app and the website. This seems like a “hide the bad product features” move by Amazon.

How interesting Apple is now censoring apps because some company is saying the apps is making them look bad. All restaurant owers should demand Apple remove yelp since it allows users to place bad reviews and makes thier business look bad. Most time when I see something for sale on Amazon and it looks too good to be true I run it through those fake review websites and most times it usually is was not good.

Apple is now on the third generation of betas for its milestone operating systems, providing developers with new builds of iOS 15, iPadOS 15, watchOS 8, and tvOS 15.

India’s IT ministry has reportedly withdrawn its demand that Apple Messages comply with a series of social media rules, such as appointing local complaint staff.

Google on Thursday announced a pair of new tools for its flagship iOS app that adds an extra layer of protection to saved search histories and allows users to quickly delete recent search data with the tap of a button. 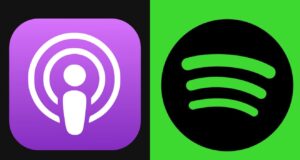