Apple Inc. is readying a series of bundles that will let customers subscribe to several of the company’s digital services at a lower monthly price, according to people with knowledge of the effort.

The bundles, dubbed “Apple One” inside the Cupertino, California-based technology giant, are planned to launch as early as October alongside the next iPhone line, the people said. The bundles are designed to encourage customers to subscribe to more Apple services, which will generate more recurring revenue.

There will be different tiers, according to the people, who asked not to be identified discussing private plans. A basic package will include Apple Music and Apple TV+, while a more expensive variation will have those two services and the Apple Arcade gaming service. The next tier will add Apple News+, followed by a pricier bundle with extra iCloud storage for files and photos.

Apple’s plans, and the structure of the bundles, may change. But the goal is to offer groups of services at lower prices than would be charged if consumers subscribed to each offering individually. An Apple spokesman declined to comment. 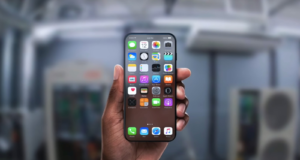