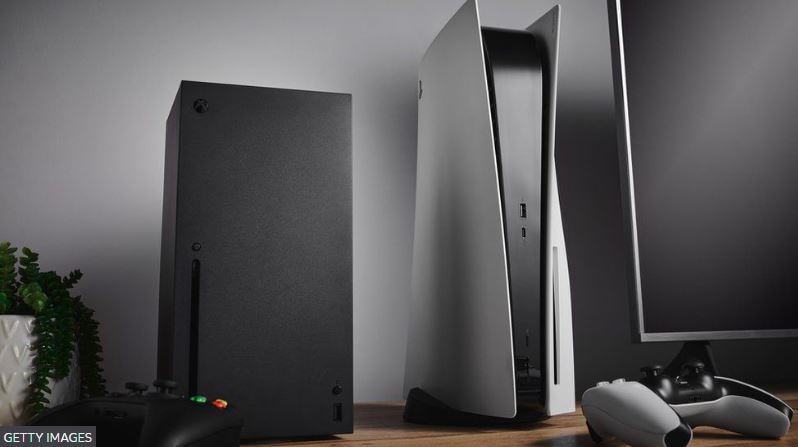 Refreshing your phone, waiting for the notification that says: “In stock.”

If you’ve been trying to get your hands on a new console in the run up to Christmas, we feel your pain.

Some of the UK’s biggest electronics retailers including Currys, Microsoft and AO World have told Newsbeat they’re still struggling with a global microchip shortage, and it could be coming between you and a new PS5.

So what’s causing it – and is there light at the end of the tunnel?

The short-term answer to that is no, sadly, according to Alan Priestly. He’s an expert in the semi-conductor industry.

Simply put, that’s the people who make the microchips that go in everything from electric cars to phones and of course, next generation games consoles like the Xbox Series X and PlayStation 5.

These have been in short supply since the start of the pandemic, but chip designers have warned the current “extreme” shortage could delay Christmas gifts.

In July, Sony Interactive Entertainment CEO Jim Ryan told Reuters, “we’re some time from being able to meet all the demand that’s out there, which makes me feel bad.”

In September, Microsoft gaming boss Phil Spencer said the shortage would continue beyond this Christmas.

So where did the problems start? You guessed it – during the pandemic.

Production slowed down because of lockdowns, but people wanted laptops, consoles and electronic items more than ever – for work, entertainment and to keep them connected – meaning suppliers couldn’t keep up with the demand.

So why not just make more chips? Well, it’s not that easy.

“It would require building a new factory, and just one new factory would take three to four years to build.”

You don’t make one chip, you make batches of chips.

This is done by putting thousands of tiny bits of material called wafers through a bit of machinery that manufactures the chips.

But, games consoles have some very specific chips inside, designed just for them.

Which means you can’t just put any old chip inside when there’s a shortage.

So can’t Sony and Microsoft just make their own chips? Again, that’s a no.

“It costs around $20bn to build a new chip factory,” says Alan Priestly.

There’s also a massive cost in developing the technology involved in the process, as the industry keeps moving forward.

If you’ve tried to order anything from abroad in the last year, you might also be experiencing a problem in the global supply chain.

That’s the journey your console makes from nuts and bolts in a factory on the other side of the world, to your front room.

In the UK we’ve seen shortages of HGV drivers to deliver items, but these problems aren’t unique to this country.

In China, the government have limited power consumption, forcing industries to shut down – having a knock-on affect.

There have also been shortages in the products that assemble chips – everything from “bits of bent metal” used to make a console to the cables needed to give it power.

Nearly all of the retailers Newsbeat approached acknowledged “the global chip shortage” had affected business.

Microsoft’s Xbox team told us they are “working as fast as possible to expedite production and shipping to keep up with unprecedented demand”.

Currys told Newsbeat “our suppliers are affected by the microchip shortage” and John Lewis said they were “continuing to work with suppliers in reposes to global challenges on consoles”.

The advice from all: Keep checking back regularly for stock.

The question we’re all asking is: When will I actually be able to buy a console?

According to Alan Priestly, during the second half of next year “we should start to see normality returning”.

“Things are getting better all of the time. The issue is the time it takes for the product to go through the manufacturing process.”

Why is there a chip shortage? 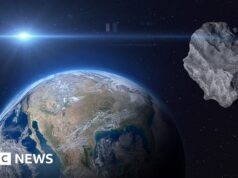 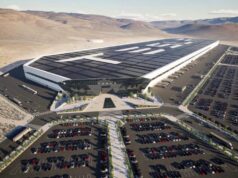