In the world of Hollywood, changing one’s hair color is as common as trying on a new shirt. The most common hair color of choice? Platinum blonde. It could be for a number of reasons—a new film role, the need to just change things up, etc. But for these 20 blonde male celebrities, it was either a really bold fashion statement or the attempt to look edgy and cool. To see which of Hollywood’s leading men look better blonde, check out these before and after photos of guys gone platinum.

Chris Messina
With his luscious brown locks, fans of The Mindy Project have been known to fawn over Messina a time or two.

At the 2019 Golden Globes, though, the Newsroom star thought it would be a good day to give fans a thirst-trap worthy moment.

Zac Efron
Is it the brown, slightly unkempt locks or Efron’s physique that keeps fans on their toes? 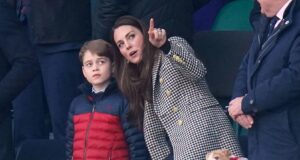