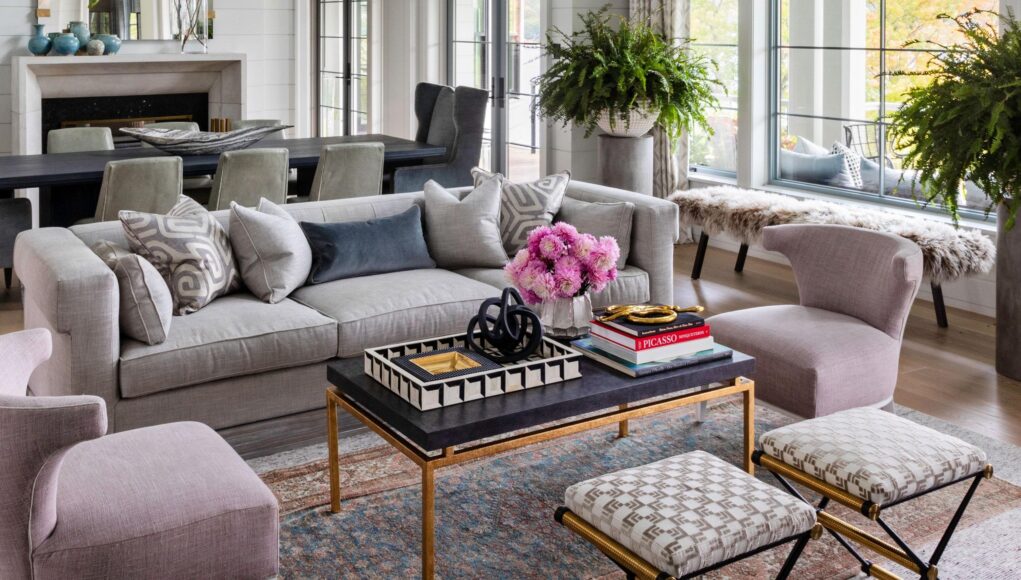 It’s been over a decade since interior designer Thom Filicia purchased and renovated his own weekend home in New York’s Finger Lakes region. His property sits on one of the most easterly of the 11 lakes: Skaneateles Lake (pronounced “Skinny Atlas”). Filicia might as well be the town’s mayor, given the way he raves about its appeal. “It’s a really beautiful town because it’s right on the water,” he says. “There are great restaurants. We have an amazing spa, we have a great club, great golf, tennis. And we have this pristine 18-mile-long, approximately two-and-a-half-mile wide, 350-feet deep sort of swimming pool. The lake’s water is so crystal clear and blue, you could drop your watch in it and go find it. In the summer, boats actually look like they’re floating in a glass of water. It’s just a really special place.”

So special that his very close friends—a family of five—had decided to build their main residence (along with a boathouse and two guesthouses) on a swathe of land on the west side of the same lake (Filicia lives on the east). They enlisted their famous pal not only to decorate but also to conceive of the property’s design and execution from scratch. “I really wanted the house to fit into the vernacular of the community, the region,” says Filicia, who knows it so well. “I wanted the house to have this crisp, clean, classic design with details and materials that are local. But, of course, I also wanted to respond to what the couple was looking for.”

Filicia explains that the two are “that traditional couple” in the sense that from a design perspective, “they have opposing styles.” How to marry the two points of views? “She wanted to do something that was a bit more modern, and he was definitely leaning towards a sort of shingle style, more traditional concept,” Filicia says. “Ultimately, it was about making sure it had a sense of place, and that it felt like it belonged. I wanted it to be something that the old guard here would appreciate and young people would be excited to see.”

Filicia paid special attention to showcasing endemic materials from the start. “Even when it came to doing the driveway,” Filicia says, “I guided them to doing brick as opposed to Belgium block, which had been originally proposed. I wanted to use regional stones instead of things that would have been imported, certainly on the exterior—the eave details, the window details.”

Perhaps even more important than the house’s ability to assimilate into its surroundings was the home’s function. Says the decorator: “They are a young couple, and they have three kids that are all under 10 years old. They love to entertain. The place needed to be stylish, livable, fun, and relaxed.”

Understanding that friends, kids of friends, and friends of their kids would be in and out of the house all the time, Filicia knew that a good balance of flow and privacy was a necessity. “I wanted it to have the sensibility of an old house with the clarity of a new house,” he explains. “[It had to have] enough openness where you know where everybody is and you know what’s happening, but with each area having integrity as to how it might have played in an older home. [I wanted] to make it look like we took down the walls in an old house.”

Says Thom Filicia of the final result, “It doesn’t feel like a moment in time, but it still feels of-the-moment. It’s about [finding] the line between timely and timeless.” 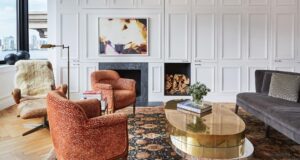 Step Inside a West Village Pied-à-Terre That Was Inspired by Both...