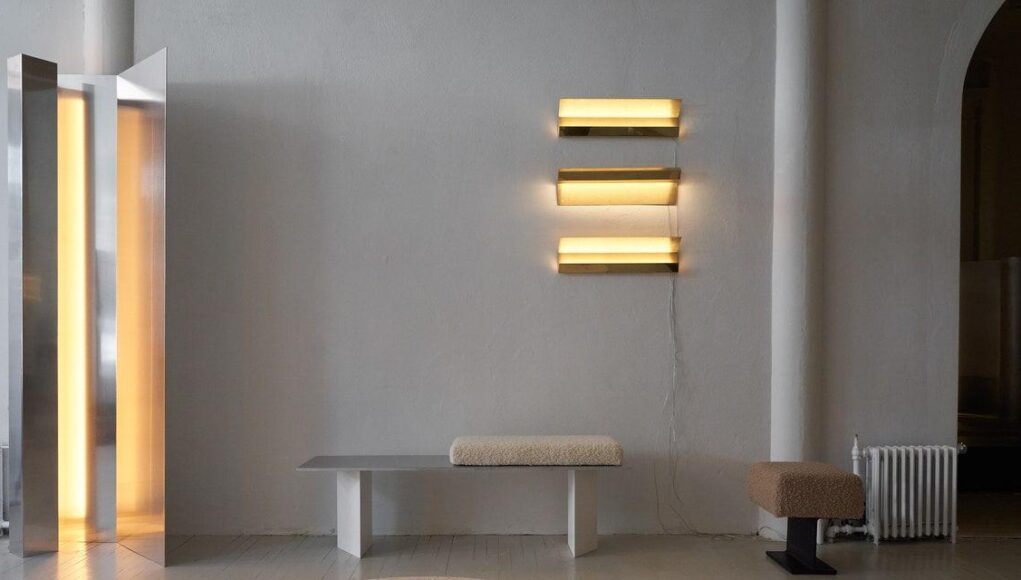 If the home interior is a painted canvas, the lighting fixtures are the brushstrokes that determine its focus, mood, and ambience.

Read on for the most salient lighting trends of 2021 according to trend forecaster Patti Carpenter, Lindsey Chan, cofounder of the multidisciplinary interiors and architecture firm BC, and Italian architect, sculptor, and lighting designer Umberto Bellardi Ricci.

A Return to Serenity

The more ways we can find to calm our nerves in today’s unpredictable world, the better—and when it comes to lighting, that means simplicity.

“We’ve been moving away from the sometimes overly complex geometries that have emerged since the ’90s, particularly with the arrival of new computer design technologies,” Bellardi Ricci says. “There’s a renewed desire for serene and calming forms. I’ve seen a similar transition in other design fields, such as architecture, for a return to more minimal and simple shapes and geometries.”

Carpenter echoes this sentiment, adding that globes, pendants, and perfect spheres—mostly clear, but sometimes opaque—are ever popular, both in large clusters for dramatic chandeliers and as single, straightforward statement sconces. Equally in favor, she says, are dome-shaped shades, suggestive of mushrooms and often “evoking a smooth ’70s mod mood in an array of colors that are happy and nostalgic with an emphasis on the warm tones of red, orange, and yellow, or the cooler blues and grassy greens.”

A Mexican raffia lamp from JF Chen hangs in the breakfast nook of Jessica Hart.

It’s not just shapes that are returning to a more organic state. “I find that materials such as raw metals, ceramics, and glass are very desired in contrast to a lot of the plastics we’ve seen in the more recent past,” says Bellardi Ricci, who adds that tastemakers are beginning to prefer the composition of humble materials over complexity and extravagance.

It’s been a similar theme in Chan’s world too. “I’ve seen a trend towards ceramic sculptural lighting and natural materials such as cork, leather, bamboo, and raffia, à la Georges Jouve, Ingo Maurer, and Jacques Adnet,” she says.

A 1970s brass sconce on the wall of J.J. Martin’s bathroom in Milan.

The Owners of #1 Hotel in the Country on TripAdvisor Have...