The remaining section of a partially collapsed apartment block near Miami has been demolished over safety fears as a tropical storm approaches Florida.

Explosive charges were used to bring down the last standing part of Champlain Towers South late on Sunday.

Part of the 12-storey block collapsed on 24 June. Twenty-four people are known to have died and 121 are missing.

The remaining unstable structure, which contained no bodies, was demolished so search efforts could resume safely.

Efforts to scour the rubble for victims following the initial collapse were suspended ahead of the planned demolition. They are expected to resume almost immediately.

No survivors have been pulled from the rubble at the site in Surfside since the first few hours after the structure’s collapse.

The demolition operation was brought forward after concerns were raised over the approaching Tropical Storm Elsa, which could reach Florida on Tuesday.

On Sunday, the town’s Mayor Charles Burkett said there was a danger that strong winds could bring down additional debris and endanger the lives of search crews.

He said demolition experts would be able to control how the structure fell, and that the explosion could “potentially open up a third of the pile [of rubble]” for emergency teams to access.

The existing rubble, meanwhile, was covered with a tarpaulin to protect it from any dust or debris caused by the collapse.

Ahead of the demolition, Miami-Dade County Mayor Daniella Levine Cava advised nearby residents to remain indoors and close their windows until at least two hours after it was completed.

She said the operation, which involved placing strategically placed explosives in drilled holes, was “critical to expand our scope of search – especially in the area closest to the building”.

Ms Levine Cava expressed sympathy for the families of the missing and said those who were forced to evacuate the remaining part of the block had “left their entire lives behind”.

No other buildings in the area were evacuated before the demolition.

Ms Levine Cava said teams scoured the structure using drones with thermal imaging cameras in an effort to locate any pets that may have been left behind, She said they were satisfied no animals remained in the building.

“As soon as the building is down and it is safe, our first responders with resume their search efforts,” she said at a press conference.

The families of the missing were told in advance of the decision to pause the search effort on Saturday as crews began preparations for the demolition.

The mayor signed the demolition order on Friday. There are no details about whether the owners of the affected apartments will receive compensation.

Meanwhile, officials are investigating other tower blocks in the area for potential structural faults.

What caused the 40-year-old Champlain Towers South to crumble remains unclear. A 2018 inspection, however, warned of “major” design flaws in the original design.

The building association’s board has said it will appoint an “independent receiver… to oversee the legal and claims process”.

Survivors can be found in Miami rubble, Biden says 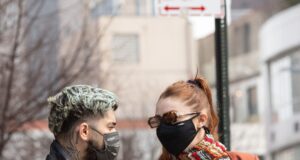