Last night’s Biden–Harris victory celebration in Wilmington, Delaware, was a great night for America—and for American fashion. In their first speeches as president-elect and vice president-elect, Joe Biden and Kamala Harris sought to heal the divisions that have defined the last four years in U.S. politics. And it is notable that the Carolina Herrera suffragette white suit Harris wore to deliver that message, as well as the Oscar de la Renta asymmetrical floral dress worn by future First Lady Jill Biden, are both from immigrant-founded American fashion labels that have long dressed First Ladies on both sides of the political aisle.

In her historic remarks as the first woman elected vice president, Harris recalled how her late mother, an Indian immigrant, “believed so deeply in an America where a moment like this is possible, and so I am thinking about her and about the generations of women, Black women, Asian, white, Latina, Native American women—who throughout our nation’s history have paved the way for this moment tonight—women who fought and sacrificed so much for equality and liberty and justice for all.” 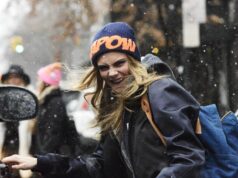 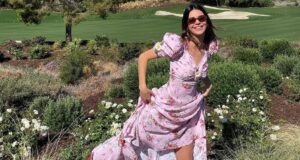 Kendall Jenner, Gabrielle Union, and More Got Festive For Easter in...