Justin Bieber and his wife Hailey Baldwin are having a serious conversation about starting a family two years after they got married.

US Weekly reported that the couple is considering to follow in the footsteps of Joe Jonas, Sophie Turner and Zayn Maik and Gigi Hadid by having children in the near future.

“Justin and Hailey have been talking more and more about wanting to start a family together. Having kids in the near future has become a very real conversation between them,” the publication quoted a source as saying.

The singer also shared his views about becoming a young dad in several interviews while the US Weekly reported that his wife also can’t wait to be a mom.

Meanwhile, Justin Bieber has been accused of sexual harassment by two women on social media.

The singer has rejected the allegations and has reportedly decided to take legal action against the accusers. 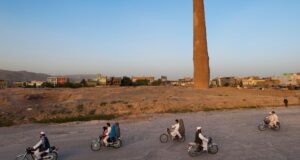