Apple’s iPhone 12 Pro has successfully outperformed the Samsung Note 20 Ultra in a real world app speed test conducted by PhoneBuff, with the A14 chip and 6GB RAM winning out over the Snapdragon 856 chip and 12GB RAM in Samsung’s smartphone.

The performance test measured how long it took each phone to open a series of apps. Each smartphone opened the same series of apps, including Facebook, the camera app, Microsoft apps, Adobe Rush, games, and more.

The ‌iPhone 12 Pro‌ pulled well ahead in the portion of the test that included rendering video in Adobe Rush, and kept up the lead through launching several games. Apple’s ‌iPhone 12 Pro‌ finished the first “lap” of opening apps up in a minute and 41 seconds, while it took the Note 20 Ultra one minute and 55 seconds to complete the same tasks.

During the second lap, which measures how well the smartphones are able to keep apps running in the background, the iPhone finished in 42 seconds, while the Note 20 Ultra took 46 seconds. 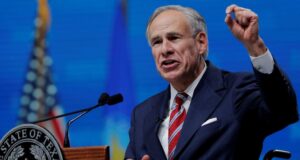