Home Articles Europe dominated the happiest countries in the world list. What about the...

Finland was voted the happiest country in the world for the fifth straight year, and is joined by other European countries in the annual World Happiness Report.

A publication of the United Nations Sustainable Development Solutions Network, the 10th edition of the report published on Friday ranked 146 countries in their overall happiness. Researchers say past data has looked at how citizen’s trust in government and large institutions has played a major factor in a country’s level of happiness.

“The World Happiness Report is changing the conversation about progress and wellbeing. It provides important snapshots of how people around the world feel about the overall quality of their lives,” Christopher Barrington-Leigh, professor at McGill University in Quebec and researched involved in the report, said in a statement.

What’s everyone talking about?: Sign up for our trending newsletter to get the latest news of the day

Using results from the Gallup World Poll, Finland was in first, as they had an overall score of 7.821 out of 10, which was “significantly ahead” of all other countries. Northern Europe appeared to be one of the happiest regions in the world, as all five Nordic countries – Finland, Denmark, Iceland, Sweden and Norway – ranked in the top eight.

Here are the top ten countries and their score:

The unhappiest country, according to the rankings, was Afghanistan, with a score of 2.404. Jan-Emmanuel De Neve, director of the Wellbeing Research Centre at the University of Oxford in England, said recent conflict in the country played a vital role in its ranking. In August, the Taliban took over the country following the U.S. military withdrawal.

“At the very bottom of the ranking we find societies that suffer from conflict and extreme poverty,” De Neve said. “This presents a stark reminder of the material and immaterial damage that war does to its many victims and the fundamental importance of peace and stability for human wellbeing.”

The data was collected well before Russia began its invasion of Ukraine in February, but both countries were in the bottom half of the rankings, with Russia ranking 80th and Ukraine at 98th.

Here are the 10 countries ranked in the bottom along with their score:

What about the United States?

The U.S. may not be in the top 10, but it’s not far off, ranking 16th with a score of 6.977, just behind Canada but ahead of the United Kingdom. Canada is the happiest country in the Americas, according to the data.

Here are the past seven rankings for the U.S.:

A surge in paying it forward

COVID-19 has taken its toll on nearly every country around the world for over two years, and even though the pandemic hasn’t ended with the emergence of a new variant, researchers said people appeared to be more happy in 2021 than in 2020, when the pandemic began. Global worry and stress levels also were down from 2020.

John Helliwell, researcher and professor at the University of British Columbia, said their data showed globally, people were volunteering, helping and donating 25% more than they were before the pandemic.

“This surge of benevolence, which was especially great for the helping of strangers, provides powerful evidence that people respond to help others in need, creating in the process more happiness for the beneficiaries, good examples for others to follow, and better lives for themselves,” Helliwell said. 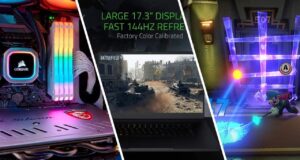