EACH YEAR IN mid-September, Manhattan takes on a heightened buzz as the United Nations’ General Assembly holds two weeks of debates and meetings, and motorcades carrying the likes of Vladimir Putin, Benjamin Netanyahu and Donald Trump crowd city streets teeming with representatives from international organizations and the private sector.

The U.N. had planned this year’s General Assembly, which began this week and lasts into early October, as an occasion to honor the 75 years since the Allied victors of World War II founded the organization in an effort to avoid the mass destruction of war and spread economic prosperity. But the global coronavirus pandemic has shuttered the U.N.’s midtown headquarters and reduced this year’s General Assembly to a series of online meetings.

The muted U.N. celebrations are a telling symbol of how the pandemic and inward-looking domestic politics are threatening to change a long-standing world order defined by increasing global cooperation – with the United States as its standard-bearer. Already, some see signs of regression: In just 25 weeks, the coronavirus pandemic has wiped out 25 years of progress in global development in areas ranging from health to the economy, according to a report released this week from the Bill and Melinda Gates Foundation. 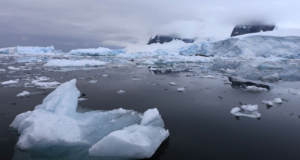