Home Decors & Furniture What Exactly Is a Topiary—and Should You Get One?

As a child growing up in Panama, landscape designer Fernando Wong says he first discovered his artistic passion at age five, watching his mother draw sketches for him while they sat in church.

“I was restless, so she drew some stars and chickens for me,” recalls Wong, founder of Fernando Wong Outdoor Living Design, a renowned Miami-based firm he launched in 2005 with his partner Tim Johnson. “The chickens were the ones that captivated me—I’ve lived through my imagination ever since.”

A similar creative spirit pervades the six episodes of HGTV’s Clipped (now streaming on Discovery Plus), where seven competing topiary artists from across the country snip their way to crafting larger-than-life living sculptures, depicting enormous animals or a living room with functional “furniture” made entirely of plants. The goal is to get the show’s judges, Wong, Martha Stewart, and Chris Lambton, to award them the $50,000 prize.

Lambton, Stewart, and Wong on the set of Clipped at Lyndhurst mansion in Tarrytown, New York.

By definition, a topiary is any plant cut into a fantastic shape. And while the show demonstrates some of the most complicated topiaries imaginable, Wong explains that there are many types of plants that can be used for topiaries. “I think we used at least a half dozen different species while filming Clipped, but there are many more types of shrubs, bushes, and herbs that will work well,” he says. Included in this list: yew bushes, arborvitae, boxwood, dwarf Alberta spruce, rosemary, germander herbs, podocarpus, Japanese holly, lavender, privet, and cherry laurel.

Whichever of these species you choose to add to your garden, you might want to try your hand at conical or geometric shapes before attempting a shrub sofa or a grizzly bear made from a bush. Wong stresses that creating large-scale pieces like the ones in the show is extremely physically taxing. “They worked so hard,” he says of the contestants, who would begin by sketching their ideas on paper before executing them in 3D. “That was the ‘wow’ factor for me because each artist had to understand thickness, scale, and proportion. That was amazing,” Wong says.

For an easier way to bring topiary into your life, Wong suggests purchasing a small, already-shaped one and displaying it indoors. “I believe a topiary really enhances your interior space,” he says. “It’s joyful to see a traditional topiary figure in the window or as a centerpiece on your dining room table.” (Wong’s favorite place to shop for plants is at Atlock Farm in New Jersey, which happens to be owned by one of Stewart’s friends.) 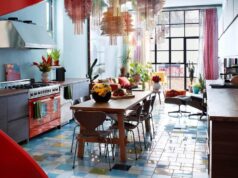 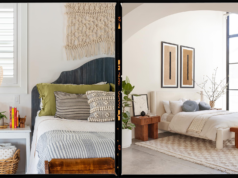 These 21 Aesthetic Room Ideas Will Inspire You to Get Decorating Like, Yesterday

Tips for creating a reading nook