Home Technology Outgoing CEO of TaskRabbit on being Black in tech

“When you look at Black representation, it’s pretty dismal,” says Stacy Brown-Philpot whose decision to step down as chief executive officer of TaskRabbit at the end of August undercuts an industry already short on executives from underrepresented groups.

Her departure also leaves her gig-economy company without any Black representation in the executive suite or on its board of directors.

“The face of Silicon Valley has to change in every single respect,” Brown-Philpot, one of Silicon Valley’s few Black CEOs and one of its most prominent Black women leaders, told USA TODAY in an exclusive interview.

In her four years at the helm of TaskRabbit, she oversaw the company’s acquisition by IKEA in 2017 and guided it through the coronavirus pandemic.

Brown-Philpot, who sits on the boards of HP, Nordstrom and Black Girls Code, talked with USA TODAY about her experiences in Silicon Valley, George Floyd’s death and Kamala Harris, the Democratic nominee for vice president. 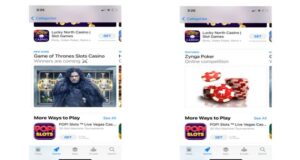