Home Beauty Tips My Miscarriage Was Over. My Terror Had Just Begun. 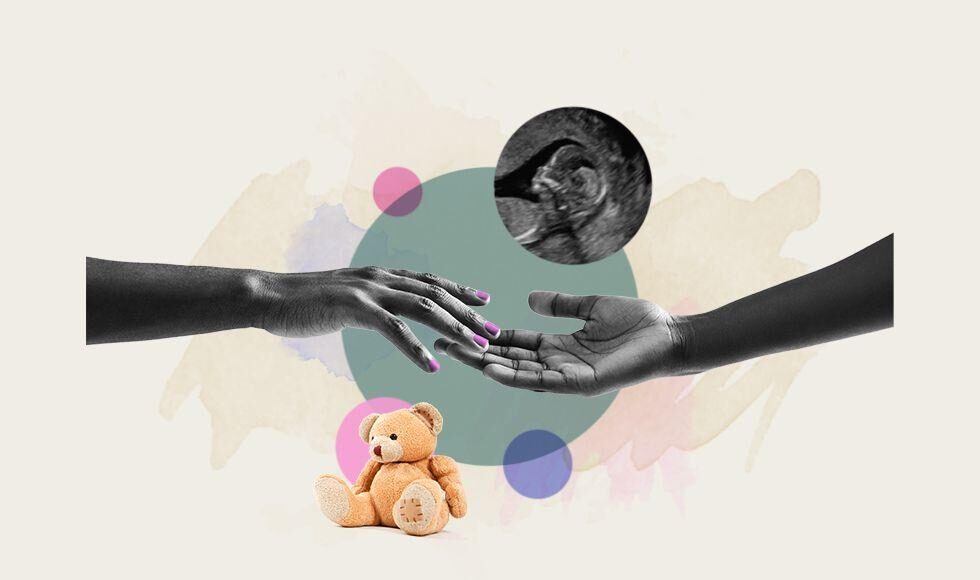 Your miscarriage is “over,” however you might define that term. Maybe it’s marked physically: your body has recovered, your doctor clears you to try for another pregnancy. Maybe it’s emotional: you’re no longer crying about the baby you never got to meet every day. (Just most days.) Maybe it’s the practical reality that you’re in your late 30s and feel you have no time to lose. So, now what?

You ask your friends who have had miscarriages and gone on to have babies how long it took to get pregnant again. You try to ask casually but there is absolutely nothing casual about it. You learn that there’s no answer to this question that will assuage you. Either they got pregnant immediately after their loss (not me, that’s already not me, I already waited too long and missed my window) or a timeframe unacceptable to your own grief-driven conception of how long things should take.

You tell your partner you might be ready to try again. You again try to sound casual, but you’re desperate. When he tells you he might not be, the weight of the paths of two humans’ grief, which sometimes intertwine and sometimes diverge, feels almost as crushing as the loss itself.

You do start trying, but there’s a new and awful pressure you’ve not felt before. Every negative pregnancy test gets scrutinized under five different kinds of light, and you secretly hide these tests and keep looking at them in the hopes they’ll reveal a second line in one or two or seven days from now, even though you know that’s not how it works. You feel an odd sense of shame about this. But their undeniable blankness is exactly perfect: there’s nothing there, no matter how closely you look, and there’s nothing in your uterus either.

Your birthday sucks. You don’t want it this year.

Seeing blood, the ultimate “this cycle didn’t work out” fuck-you, is beyond devastating. You Google “implantation bleeding,” just in case.

The month you do get pregnant again, you refuse to take a pregnancy test until it’s damn near impossible to be wrong. You’re falling asleep on the couch at 9 PM, which isn’t like you, but you ignore all the signs until they’re un-ignorable.

The second line pops up, but you tell no one—not a single soul aside from your partner and health care providers—for two long, excruciating months. It’s almost too easy to hide a pregnancy in a pandemic.

It feels like an exciting, high stakes secret with potentially devastating consequences. If no one else knows, then it won’t hurt as bad this time if it doesn’t work out. At least, that’s what you tell yourself.

You check for blood. Every. Single. Time. For 9 months. It feels punishing, but you still feel like you deserve to be punished for some reason. Or, at the very least, you don’t deserve to feel excited.

You do not allow the following emotions: excitement. Happiness. Hope. Guilt and fear are welcome and constant bedfellows.

You do not allow the following actions: Planning. Naming. Dreaming.

You do not make the same mistakes again, like driving yourself to the first or second ultrasound. Even though you have to go in alone because of the still-raging pandemic, your partner is waiting outside for the call (good news!) or the text (bad news). It’s been scripted in advance.

You set certain obvious goalposts for when you might allow those forbidden emotions to manifest and you might start to plan. The dating ultrasound goes well, but what if the 11 week one doesn’t? What if your genetic tests come back and show this baby wasn’t meant to be either? Then there’s the 20 week scan. The viability. The goalposts move and move and move. But now you’re showing and you’ve slowly, tentatively, told a few people, and you’re forced to feel something other than terror. What is it? Is it hope?

You find out it’s a girl, and you cry so hard. You and your partner have finally discussed names, but it feels risky. Naming this thing, this walnut-sized being feels like a direct invitation for it to be taken away from you.

Joy. Guilt. Grief. Joy, guilt, grief. Joyguiltgrief. You cycle in and out of these emotions so rapidly that they start to tumble on top of each other like waves. They start to feel the same.

You also really do need to start to Plan. Do you stay where you are, or move across the country to be closer to family? Moving is the logical thing to do, for a host of reasons, but it’s also a literal investment in this pregnancy. You break your own heart leaving the place you love, you hire movers, you buy a house, all because this thing growing inside you appears to be the real deal. The pressure feels impossible to bear some days.

You’re six, seven, eight months along. Viability provides some degree of reassurance. You’re setting up the nursery. You’re going through old baby clothes and wondering how they’ll look on this baby. And how they’d have looked on the one you didn’t get to meet.

You’re huge and tired and sore all of the time, but you shouldn’t complain, you try not to complain, because you think you should only feel grateful. And you do feel grateful, but you also wish you could get out of bed without doubling over in pain.

Your tentative joy is often, but not always, supplanted by guilt over loving this baby more than the pregnancy you lost. When is it ok to move on? Do you keep mothering the lost one forever? How do you honor what was lost, what will never be, but still have room to honor what’s right in front of you? What if you waste this entire pregnancy worrying and wake up five years from now regretting it? How long do you get to mourn the loss of something simultaneously the size of a blueberry and your entire, beating heart? There’s an oddness to grieving someone you’ve never met, grieving a concept, an idea.

Is it ok to keep those pregnancy tests, from the one you lost, forever? Is it ok to look at them? When you hold them in your hand, you feel the same rush of excitement you felt that day, and it hurts all over again. But the pain is duller, softer around the edges as time goes on. Can you ever reconcile the joy you now feel for this baby that might come any day now with the grief you still feel over the one you lost? Do you even still deserve to grieve? Your joy and your grief somehow both feel unearned.

And then: You don’t allow yourself to write, say, or even think these words until she’s squalling in your arms but at last: your baby is here. And she’s perfect. The dulling, the softening of the pain continues, though you know it will never fully subside. Because in her, in your beautiful baby, alive in your arms, lives all that you lost, all that you hoped for, and more than you can ever imagine. 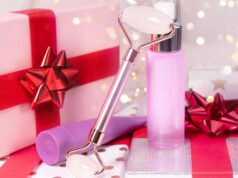 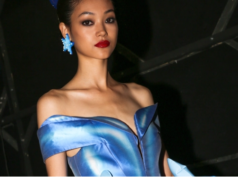 Nars Wants You to Have an Orgasm on the Beach This...