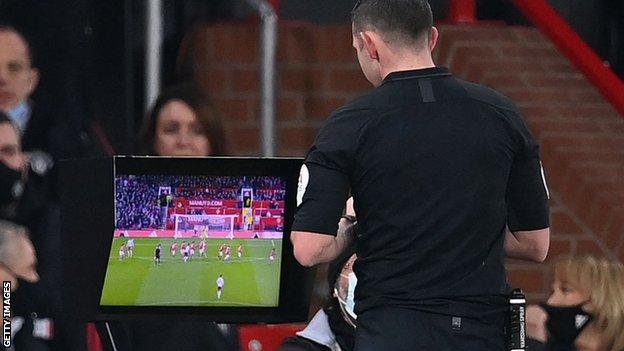 Aston Villa boss Steven Gerrard said he would not blame the officials after his side had a goal ruled out by the video assistant referee in Monday’s FA Cup defeat at Manchester United, but plenty of people were left confused by the decision.

With Villa trailing to Scott McTominay’s early header, Danny Ings thought he had levelled early in the second half when he turned in from close range after John McGinn’s free-kick had been flicked on.

But celebrations were put on hold for a lengthy check by VAR, as officials spent almost four minutes appearing to analyse a number of shots in the build-up to a goal.

A decision was finally made when referee Michael Oliver went to the pitchside monitor and ruled the goal out for offside.

“Yet another ridiculous VAR decision,” one person wrote on social media, while another said: “If it was such a clear-cut foul, why spend five minutes looking at the offside?”

Asked for his thoughts on the decision after the 1-0 defeat, Gerrard said: “How long have you got? The officials took three and a half minutes to settle that one. They have looked at two or three things in it.

“When VAR is there and they make a decision you have to accept it. There is nothing you can do to change it. The easy way out is to blame luck and the officials – we won’t do that.”

Many of those watching from home thought it was disallowed for a tight offside call on Ings, with the confusion only heightened as VAR replays appeared to spend some time looking specifically at the striker’s movement.

However, ultimately it was for an offside earlier in the build-up, when Jacob Ramsey was deemed to have been standing in an offside position as he blocked Edinson Cavani’s run into the box as the free-kick came in.

According to Law 11 of the Football Association’s regulations on offside, “a player moving from, or standing in, an offside position is in the way of an opponent and interferes with the movement of the opponent towards the ball this is an offside offence if it impacts on the ability of the opponent to play or challenge for the ball”.

Match of the Day pundit and former England striker Alan Shearer questioned whether the initial decision to award the goal should have been overturned, and also criticised the inconsistent use of VAR in the FA Cup.

VAR is only in use in the FA Cup when Premier League teams are at home, so just nine of the 32 third-round matches played over the past few days were able to call on the technology.

“Is it a clear and obvious error? I don’t think it is because Cavani isn’t going to get near the ball.”

Former Aston Villa defender Micah Richards, also watching the game for Match of the Day, agreed with Shearer’s criticism over the use of VAR in the competition.

“I don’t know if Cavani is going to get there and it took so long to make a decision it is ridiculous,” he said.

“How can they have it in one game and not other others? The inconsistency is ridiculous. It is not acceptable to take that long either as the fans have no idea what is going on.” 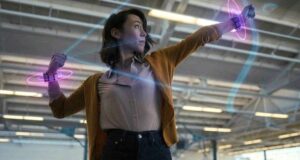