Over the past few years, as I’ve become an adult with my own home to decorate, I’ve come to notice the immense amount of “Native American” decor on home design sites and blogs. Whether that’s the result of an uptick in popularity or my own recognition of these items, the bottom line is, there’s no shortage of these themes: I’ve seen everything from “Indian” costumes for your chihuahua to “Navajo print” underwear to kid-sized tipis.

There are some glaring issues with several of these examples. Thankfully, it’s becoming more and more recognized that dressing up (either a human or an animal) as another culture is downright offensive. And a 2012 lawsuit between the Navajo Nation and Urban Outfitters set forth an unprecedented example that tribal names and cultural patterns are, in fact, subject to copyright law.

But what about those tipis? Dreamcatchers? Some of these motifs have become so common in home decor that I daresay most don’t even register their origins—or what that lack of awareness might mean.

Tipis, for example, could very well be considered “just” tents. What’s the harm in that? Well, as Adrienne Keene from the blog Native Appropriations puts it, “My problem is that the tipis I see and the discussions around them always seem to involve some level of fantasy play, you’re not just hanging out in a tent that looks like a tipi.” 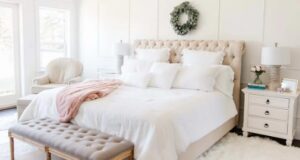