This request comes after South Korea passed a bill, the updated Telecommunications Business Act, in late August that will force Apple and other tech giants to let developers use their third-party payment systems.

“Epic intends to re-release Fortnite on iOS in Korea offering both Epic payment and Apple payment side-by-side in compliance with the new Korea law,” according to the official Fortnite Twitter account.

“As we’ve said all along, we would welcome Epic’s return to the App Store if they agree to play by the same rules as everyone else. Epic has admitted to breach of contract and as of now, there’s no legitimate basis for the reinstatement of their developer account,” Apple said in its statement. 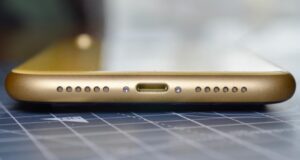 Portless ‘iPhone 13’ could restore iOS without needing a cable