Home Articles Emmy Awards 2021: 7 things to know ahead of the ceremony 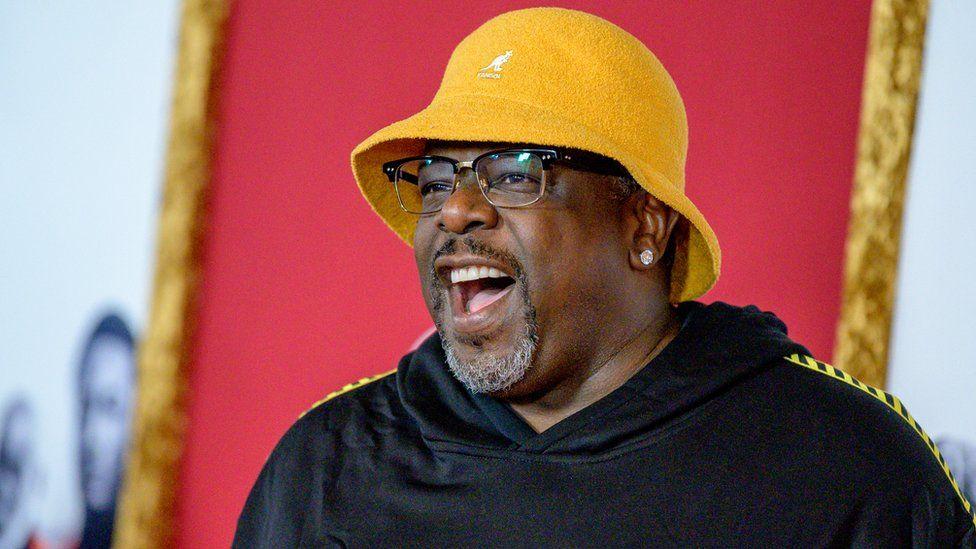 Stars of the small screen are gearing up for the Emmy Awards, which will take place in Los Angeles later.

The ceremony comes after a year of increased TV viewing prompted by lockdown restrictions around the world.

The Crown and The Mandalorian lead this year’s nominations, while Ted Lasso and The Queen’s Gambit are also expected to perform well.

Cedric the Entertainer will host the ceremony, which will see many of the nominated stars attend in person.

Here are seven things you need to know ahead of the ceremony.

All three of the big winners at last year’s Emmys are absent this year.

That’s because Succession had a year off during the pandemic, Schitt’s Creek ended after its sixth season, and Watchmen did not have plans to continue after its first series.

That has left room for plenty of new TV shows to make their mark. In fact, four of the best comedy nominees this year have been recognised for their first season – Ted Lasso, The Flight Attendant, Hacks and Emily in Paris.

Ted Lasso in particular is a red-hot favourite, having made history for the most nominations for a new comedy. You can measure the love for the show by the fact that so many of its actors have also been individually nominated.

The highly respected actor, known for such roles as Omar Little in The Wire and Chalky White in Boardwalk Empire, died earlier this month aged 54.

Williams, who had previously been nominated at the Emmys but had never won, is up for best supporting actor in a drama at Sunday’s ceremony for his performance as Montrose Freeman in Lovecraft Country.

Posthumous wins in Hollywood aren’t as common as you might think. It was only five months ago that Sir Anthony Hopkins won the Oscar for best actor, a trophy that had been widely expected to be won by the late Chadwick Boseman.

During Friends’ 10-year run, Cox was the only member of the six principal stars not to receive an Emmy nomination for her performance.

Which is baffling. As Ross’s sister, Chandler’s wife and Rachel’s best friend, Monica was right at the centre of the show.

“When every single cast member was nominated but me, it definitely hurt my feelings,” she said earlier this year. “I was happy for everybody, and then when it was finally like, ‘Oh, I’m the only one?’ It hurt.”

This year’s Emmys have changed that – although it’s only on a technicality. Cox has a nomination because she is listed as one of the executive producers of Friends: The Reunion.

“Honestly, I am so happy that the reunion has been recognised because I think it’s terrific,” she told Entertainment Weekly. “[Director] Ben Winston did a great job and all of his crew.”

Revealingly, though, she went on to add: “That’s not exactly the Emmy I was looking for. I’m being honest with you.”

The tea leaves don’t look great. Three of the four awards Friends: The Reunion was nominated for were handed out at the Creative Arts Emmys last weekend and it lost all three. But it could still win outstanding pre-recorded variety special on Sunday.

Friends isn’t the only TV reunion nominated in that category. Last year’s one-off West Wing special, which encouraged people to vote in America’s 2020 election, has also been recognised.

We’re really starting to feel sorry for Emily in Paris. The hugely successful but critically panned TV series was already put through the wringer when it was nominated at the Golden Globes in February.

Back then there was a social media backlash, and even one of its writers said she couldn’t understand how it had scored nominations when I May Destroy You hadn’t (although they weren’t actually eligible in the same categories).

Yet while Emily in Paris might have been a bit trashy and full of clichés, some commentators have noted it did provide us with some fun escapism during a tough time.

“It is not a good show in any way,” said Kristen Baldwin of The Awardist. “It is entertaining, but it is not good. So to see it up against comedies like Hacks or Pen15, which are incredibly original and entertaining, is really shocking.

“But what I will say is that I do think Emily In Paris served a purpose at a very specific, vulnerable time for us as a people. [In] October 2020, for several months of the pandemic, we all needed its stupidity deeply and it entertained us at that time.”

Not because we think Lin-Manuel Miranda’s musical isn’t worthy of recognition, but because of the loopholes that have allowed it to be nominated.

Let’s first clarify what it is. This is a recording of the Broadway stage play which was filmed in 2016, when Miranda, Leslie Odom Jr and Anthony Ramos were still in the stage cast.

It was originally intended to be released in cinemas for people who, for geographical or financial reasons, hadn’t been able to see the live stage show.

After the pandemic hit, it became an exclusive release for streaming platform Disney+. And despite the age of the recording, the fact it didn’t debut on a streaming service until July 2020 means it technically fell into this year’s Emmys eligibility window.

Is it a film? No. Is it a TV series? No. Was it filmed in the last year? No. But it could well take home some prizes anyway.

Zoey’s Extraordinary Playlist and Lovecraft Country have both been cancelled in recent months, but the timing of the two announcements prompted different reactions from the Emmys.

HBO wisely waited until after the nominations voting had closed to announce that Lovecraft Country was being cancelled, and the series was rewarded with 18 nominations.

Zoey’s Extraordinary Playlist, on the other hand, was cancelled while voting was still taking place and only got five nods.

This may not have been the only factor in their mixed fortunes. But it’s fair to say cancelling a show during voting sends a message to the Academy that if the network can’t even be bothered with it anymore, why should they?

Having said that, the Emmys aren’t always swayed by news of cancellations or cast departures.

The previously announced exit of Regé-Jean Page from Bridgerton didn’t harm his Emmy prospects as he’s nominated for leading actor in a drama. If he can hold off The Crown’s Josh O’Connor, he stands a decent chance of taking the award home.

But Netflix could well have the edge when it comes to the night’s top category. Surprisingly, the most popular streaming service in the world has never won best drama series.

Even The Crown has never taken home the trophy. Yet if there was ever a year where that was going to change, this would probably be it.

Its fourth series was the most explosive and eventful yet, thanks in large part to the introduction of Margaret Thatcher and Princess Diana. That could help The Crown win best drama, as well as acting prizes for the actresses who played them, Gillian Anderson and Emma Corrin.

In fact, it could sweep the acting categories if Josh O’Connor and Tobias Menzies are also recognised for their acclaimed performances of Prince Charles and the late Duke of Edinburgh respectively.

The binge-worthy TV shows in the race for Emmys

The Great Season 2: Everything We Know