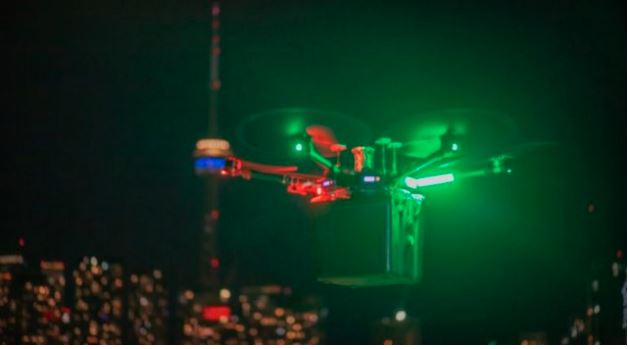 The world’s first drone delivery of lungs has gone down in history as a success. Unither Bioélectronique, a bioengineering firm focused on organ transportation, recently completed a “proof-of-concept” flight in which a pair of human lungs were shipped via drone to the transplant site in about six minutes.

The lungs were flown from the Toronto Western Hospital to Toronto General Hospital, where Dr. Shaf Keshavjee, surgeon-in-chief of Canada’s University Health Network, received the cargo at about 1 a.m. He needed the lungs for a transplant he was performing that very day on a male engineer who’d soon become the first transplant patient to receive his “new” lungs by drone.

Though the circumstances of the trip were urgent, the trip itself was 18 months in the making. Organs have been shipped by drone before, but lungs are particularly sensitive to environmental shifts during transport, with a majority of donated lungs rendered unusable by insufficient oxygenation. In order to make the trip worthwhile, engineers at Unither Bioélectronique had to design a lightweight carbon fiber shipping container that could withstand vibrations and in-flight changes in elevation and barometric pressure. Preparation involved practice flights and drop tests using simulation lung packages. The drone and its container counterpart were fitted with a parachute and an advanced GPS system, as the drone would fly through the air unmanned.

“This innovation in the transportation of organs has the potential to significantly increase the transfer efficiency between donors and recipients, especially in congested urban areas,” Unither Bioélectronique says of the trip on their website. “Through this project, we have established an important stepping stone for future organ delivery that ultimately will open the door for large-scale adoption of larger fully autonomous, electrically-powered, environmentally-friendly drones . . . for transplant across trans-continental distances.”

Every minute counts when it comes to organ transportation. An organ has to be meticulously preserved (usually on ice, in combination with other special solutions) from the moment it’s removed from the donor to the moment it reaches the surgeon, who will use it for the transplant. Human lungs and hearts typically only last four to six hours in transit, while livers and kidneys can last up to a few days. This often makes ground transport impractical—and commercial airline trips aren’t exactly preferred either, given that a surprising number of human organs have gone missing in transit using this method. (That’s rather disturbing – Ed) Meanwhile, drone flights like this one have proved transport is possible within a matter of minutes. For organs with smaller windows of viability, drones may continue to rise to lifesaver status.

Beats Studio Buds, AppleCare, and Antitrust — This Week in Apple