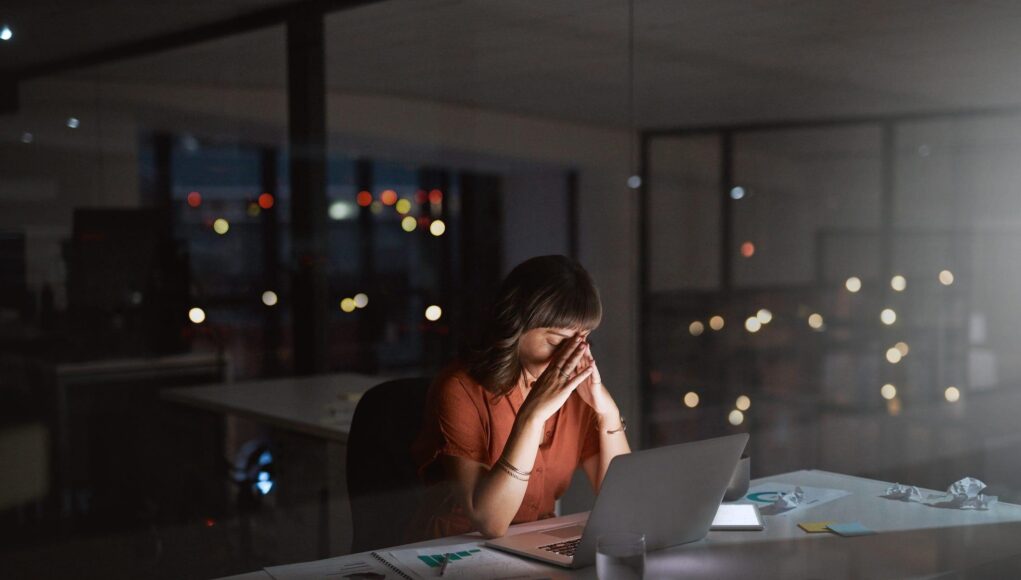 Many Americans already agree the holiday season can be stressful.

Adding in a work shift on Thanksgiving, Hanukkah, Christmas or New Year’s Day can take a toll on one’s mental state, experts say.

Millions of Americans will have to work on those holidays this year. A 2014 poll conducted by Allstate and the National Journal estimated that a quarter of the U.S. population was scheduled to work on at least one of Thanksgiving, Christmas or New Year’s Day.

On top of any winter stress that someone may already feel, the negative thoughts brought on by working on a holiday can put a damper on what’s built up as a generally happy and festive time of the year.

“There’s this certain picture you have of the holidays that is reinforced on TV and everywhere you go, that this is the time to spend with your spouse or your family or your children,” said Dr. Lata McGinn, professor of psychology at Yeshiva University and co-founder of Cognitive and Behavioral Consultants.

“And if you’re not part of that … then that can bring up feelings of despair and loneliness for people.”

The end of the year can already be a stressful time for some. About 38% of people said their stress increases during the holidays, compared to 8% who said it decreases, according to an American Psychological Association study conducted in 2006.

The Great Resignation:Americans quit their jobs at a record pace in September as openings remain steady

Work remote after COVID? Nearly 50% of US workers would take a pay cut for it, survey says

For someone who enjoys celebrating the holidays, the disparity between being glued to a computer screen or stuck at a workplace while others spend time with loved ones harkens back to a commonly studied term in economic, political and social circles.

Relative deprivation – the perception that a person is in a less-desirable position or receiving worse treatment than others in their situation – has been associated with feelings of anger and resentment.

The topic has been extensively studied in the contexts of social movements. Research has sought to examine the link between relative deprivation and the various pushes for civil rights, gay rights and feminism. But McGinn argues it can be applied here as well.

For someone slammed with work on a holiday they were hoping to celebrate, it can be easy for them to contrast their situation with friends, family or coworkers who are seemingly having a good time.

“You feel like everybody else is enjoying it and I’m the only one stuck here,” McGinn told USA TODAY.

‘It’s hard to not isolate’:People are already bracing for seasonal depression. How to cope.

On the whole, not taking enough time off from work can contribute to larger issues of work-life imbalance and burnout, which can have mental, physical and occupational consequences.

Burnout can also increase risk of health problems such as coronary heart disease, according to a 2017 peer-reviewed study.

So-called “workaholism” can have negative impacts on an individual’s personal life as well, says Malissa Clark, an associate professor of industrial and organizational psychology at the University of Georgia. She said she’s conducted dozens of interviews with spouses of “workaholics.”

“Working all the time, including on holidays, really just has a detrimental effect across the board on their relationship, but also on (their) children as well,” Clark said.

Clark says requiring certain employees – particularly those in a non-emergency field – to work on a holiday against their wishes could be considered a breach of a “psychological contract,” which she describes as an unspoken expectation between employee and employer.

She says the idea of a psychological contract, which was brought to light in a 1989 studyby Denise Rousseau, hinges on the employee’s expectation that they will eventually be rewarded for hard work with things like time off, promotions or raises. When those rewards don’t materialize, employees can feel more dissatisfied or less committed to the organization, she said.

Drug overdoses surged amid COVID lockdowns:More deaths in one year than ever before

But for those who will be working when they wish they were celebrating, the first thing they can do is to “radically accept it,” McGinn says.

She says it’s important for those people to create other ways to mark the holiday season, but it can be counterproductive to fight something that may be out of their control.

“It’s that mental battle that can create stress.”