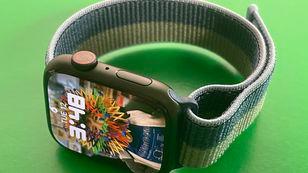 It’s a period of change for the Apple Watch line right now. The new Apple Watch Series 7 smartwatch is starting to ship to customers around the world, while the Series 6 has been officially discontinued to make way for it. If you’re looking for bargains, then the best one we’re currently seeing is at Amazon, where you can save up to $50 on the Series 6 compared with the Series 7. Slimmer savings are available for the new Series 7 as well as the midrange Apple Watch SE — and larger discounts are only a few days away.

Apple Watch models new and old are designed to work seamlessly with your iPhone to offer you many potential uses, from notifications of messages and better access to your music to tools that can help you get fit and maintain a healthier lifestyle.

Note that the Watch Series 3 is also on sale right now, but it’s so old at this point that it’s tough to recommend.

We’ll update this story as prices change and deals emerge or expire, so be sure to check back for the best prices.

The Series 7 features a larger display with thinner bezels, the promise of better durability and faster charging (but not better battery life than the Series 6). There are also new color choices: blue, green, midnight (black), starlight (a gold-silver blend) and Product Red. Pricing for the Series 7 starts at $399 for the 41mm model and $429 for the 45mm model. The only discount we’re seeing for the 41mm model is a slight $9 price break for the green and Product Red versions.

You can also save $9 on the larger, 45mm Series 7 in the Product Red version. That’s the only deal we see right now for it.

The Watch SE is the step-down model in Apple’s 2020 smartwatch line. It’s similar to the 2019 Series 5, but without the always-on screen and EKG function. The Watch SE starts at $279 and boasts a more powerful processor and a Retina display that’s 30% larger than the one on the much older Series 3. Right now, the 40mm model with a blue band is $9 off at Amazon — the only discount we’re seeing for it for now. That’s not a big enough price break to prevent you from waiting until Staples’ sale that starts on Nov. 21 and runs through Nov. 27, which will see the Apple Watch SE selling for $230.

There are no discounts to be found currently on the larger 44mm Watch SE model, which is selling for its $309 list price at Amazon, Walmart and other outlets. It is also back in stock at the Apple Store. You’ll be able to save $50 on the larger Watch SE at Staples starting Nov. 21.

The Series 6 was just officially discontinued by Apple to make way for the newer Series 7. But here’s the thing: The Series 6 is still a great smartwatch and it’s still available at a nice discount from official Apple retailers like Walmart and Amazon as they clear out existing inventory. In addition to an always-on display and EKG, the Series 6 monitors blood oxygen levels (though you shouldn’t expect medical-grade results there). You’ll find more substantial savings on used Series 6 models on Amazon, but the biggest discount if you want to buy new is $50 off for the Product Red model. Read our Apple Watch Series 6 review.

The larger Apple Watch Series 6 is $50 off at Walmart in multiple color options.

Discover the latest news and best reviews in smartphones and carriers from CNET’s mobile experts. 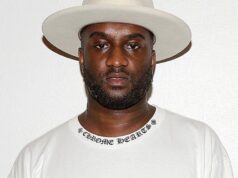 Virgil Abloh: How he ‘helped black people dream in fashion’ 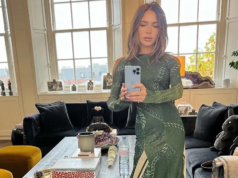 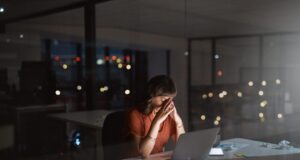