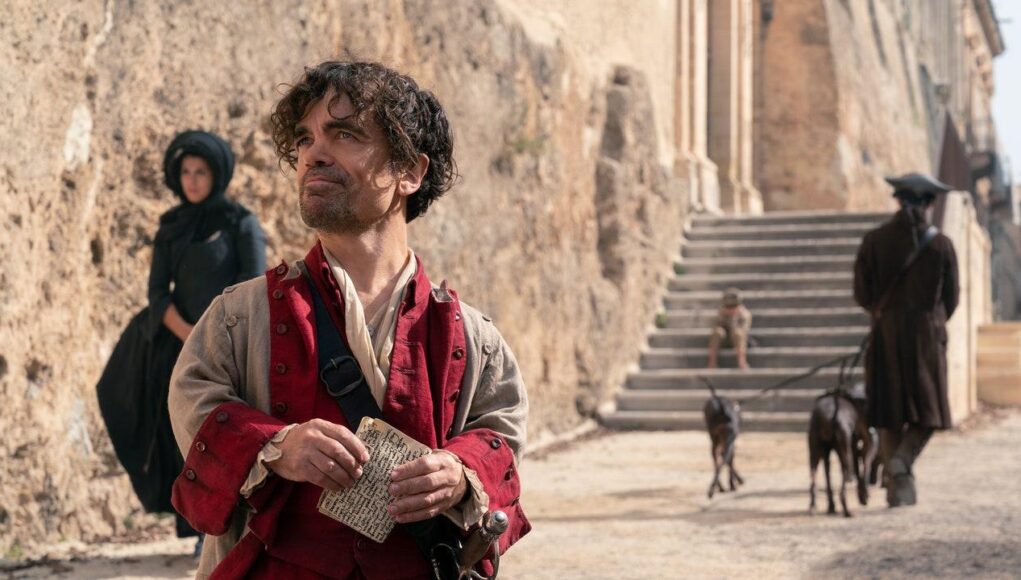 The cast and crew spent three months in 2020 filming Cyrano entirely on the majestic island of Sicily, Italy. For that, they can thank production designer Sarah Greenwood—and an Italian pastry. “I was there for a job a few years ago and ended up in this incredible town called Noto because someone mentioned that they made an amazing cannoli,” Greenwood explains. Awed by the city’s beautiful baroque architecture, she took photos and showed them to her friend and frequent collaborator, director Joe Wright. “He said, ‘If we ever do Cyrano, this is where we’re going to shoot it.” Cut to last summer, when he gave her the good news: The script was done, and the music was incredible. “It was very much a, Let’s do it,” she says.

By the way, the cannoli was delectable—as is the movie. Based on Edmond Rostand’s classic 1897 play, this musical adaptation (in theaters February 25) chronicles physically insecure wordsmith Cyrano de Bergerac (played by Peter Dinklage) and his crush on his longtime friend Roxanne (Haley Bennett). She, however, falls for dashing young cadet, Christian (Kelvin Harrison). Alas, Christian is more easy on the eyes than eloquent in the brain, so Cyrano offers to step in and ghostwrite his love letters to her. Do note that in this version, the characters all tenderly sing their feelings courtesy of lyrics and score from the band The National.

“It’s not about the period—it’s about the sense of place,” Greenwood—who has previously worked Atonement and *Darkest Hour—*explains. “You go from the intimacy of the characters in this beautiful world to the openness of the battlefield.” And in Noto, she adds, you can’t go wrong. A town built in 1694 in the aftermath of an earthquake, “It’s a location where everywhere you look there’s something incredible,” she says. (Noto was named a United Nations Educational, Scientific and Cultural Organization World Heritage Site in 2002.) The production took over several streets for exterior scenes, and she notes that a local historian with a ring of keys “could get us in any building we wanted to go in.”

And instead of constructing Roxanne’s residence on a soundstage? The production team took over the Palazzo Castelluccio, an authentically restored palace originally built in 1782 still open to the public. Draped in a gentle blue palette with a neo-classical architectural touch, “Everyone fell in love with it as a setting,” set decorator Katie Spencer says. In fact, a blue silk damask wall covering in the reception room was so exquisite that the team wove an additional damask to match it and hung it on wooden frames over the existing walls to achieve a matching through color. And because Roxanne had begun to lose her wealth, the team made sure that her decor was sparse and purposeful. Even her bed, which was handmade with a carved baroque shelled headboard, features exposed mattresses. “It has that romantic Princess and the Pea quality,” Spencer says. “But she’s also waking up to the reality of her life.”

The carnival-style theater set piece where Cyrano makes his grand entrance—he interrupts an actor mid-monologue, then proceeds to upstage him with his wit and words—proved more challenging. Due to time constraints, Greenwood ended up designing it and supervising the build within a Noto courtyard. “Joe said he wanted it to look inside-out so we see the giant climbing frame and get the feel of this silly and rumbustious place,” she says. Spencer sourced and shipped the Dutch chandeliers from the U.K., created the oil-based candles (authentic candles would melt too quickly), and wove the fabric of the theater boxes and the drapes in the same Italian silk mill that crafted Roxanne’s blue damask. It’s the last silk mill in all of Europe, she proudly adds.

But surely (and quite literally) the most transforming moment occurred as the cast and crew filmed the army’s battle scenes at Mt. Etna. The crew established a massive camera platform at 9,000 feet in the air and were ready to roll when a rare summer snowstorm hit the area. They decided to film anyway, despite the new all-white backdrop: “There was all kinds of sulfurous ash as well, so at least it looked interesting visually,” Greenwood says. Then the mountain began to erupt. Though nobody was ever in danger (it was a slow-mover), Greenwood still can’t wrap her brain around the series of events. “The landscape that we filmed on has disappeared,” she says. “We left bits of scenery at the top, and now it’s buried forever.”

But time moves faster in Hollywood. By Labor Day weekend 2021, Greenwood and her team celebrated their finished work at the Cyrano premiere at the Telluride Film Festival. “It’s incredible that we did what we did in the middle of a pandemic,” she marvels. “Not only did we have a great time doing it, but it was also the best place ever to sit it out.” 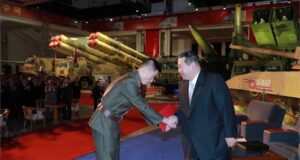