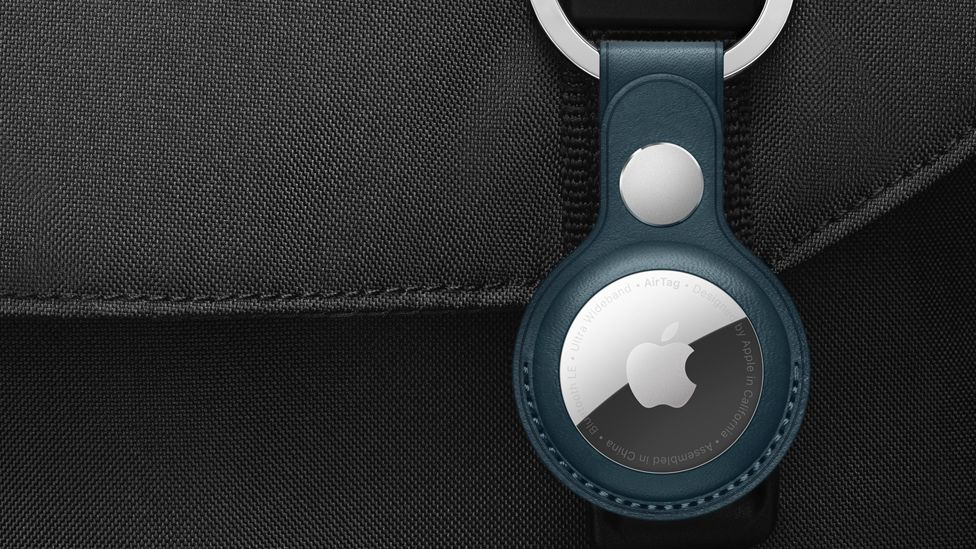 Apple plans to introduce a number of changes to make it harder to misuse AirTags to track someone.

The button-sized devices are designed to work with Apple’s ‘Find My’ network to locate lost items.

The company said its changes to the device will make suspicious tags easier to find, and alert users earlier that an AirTag may be travelling with them.

In January, a number of women told the BBC they had been followed using AirTags.

Apple launched AirTags in April last year. The small, circular devices can be attached to luggage or keys – anything you could lose.

But the devices can be misused to track people by being hidden in a car, or on a personal item such as a bag.

As part of the changes to make misuse harder, Apple said every user setting up their AirTag for the first time will see a message warning that using the device to track people without consent is a crime in many regions around the world.

Currently, iPhone users (and Android users who download an app) receive “unwanted tracking” alerts if an unknown AirTag moves with them.

Apple announced that people will be alerted earlier that an unknown AirTag is travelling with them.

And when people are warned of “unwanted tracking” by an AirTag, users of iPhone 11, iPhone 12, and iPhone 13 devices will be able to use “precision finding”, to see the distance and direction to an unknown AirTag when it is in range. Previously only the owner of the AirTag could do this.

Currently iOS users can send an unwanted tracking alert to make the suspect AirTag play tones and Apple has said tags will use louder tones in the future to make the tag easier to locate.

The company said it will also add to a feature that makes an AirTag that hasn’t been with the person who registered it for an extended period of time, play a sound when moved.

In theory this could reveal the presence of an AirTag to a stalking victim, but recent reports revealed that AirTags with the internal speakers deactivated had been listed for sale online.

To counter this, when the sound is triggered and the AirTag is detected moving with an iPhone, iPad, or iPod touch, an alert will also appear on that device.

Apple also said it will also update its support article on unwanted tracking with additional information and resources.

Apple AirTags are incredibly good at finding things. They can track your items down to 0.1 feet.

But that accuracy means that, in the wrong hands, they can be used as sophisticated tracking tools.

This isn’t theoretical, as the BBC reported last month, there’s evidence that people are using AirTags to follow people.

The AirTags themselves are relatively new, and it’s clear that Apple hasn’t yet worked out how best to protect people.

For example, it took six months after AirTag’s launch for the company to bring out an app that would alert Android users to an unwanted AirTag.

The new updates that Apple plans to come out later this year – precision finding and AirTags that emit louder noises – are what campaigners have been calling for.

But with these iterative updates, there will be questions over whether Apple launched the product too early.

Apple said it designed “products to provide a great experience, but also with safety and privacy in mind”, adding that it was “committed to listening to feedback and innovating to make improvements that continue to guard against unwanted tracking”.

It also noted that “based on our knowledge and on discussions with law enforcement, incidents of AirTag misuse are rare; however, each instance is one too many”.