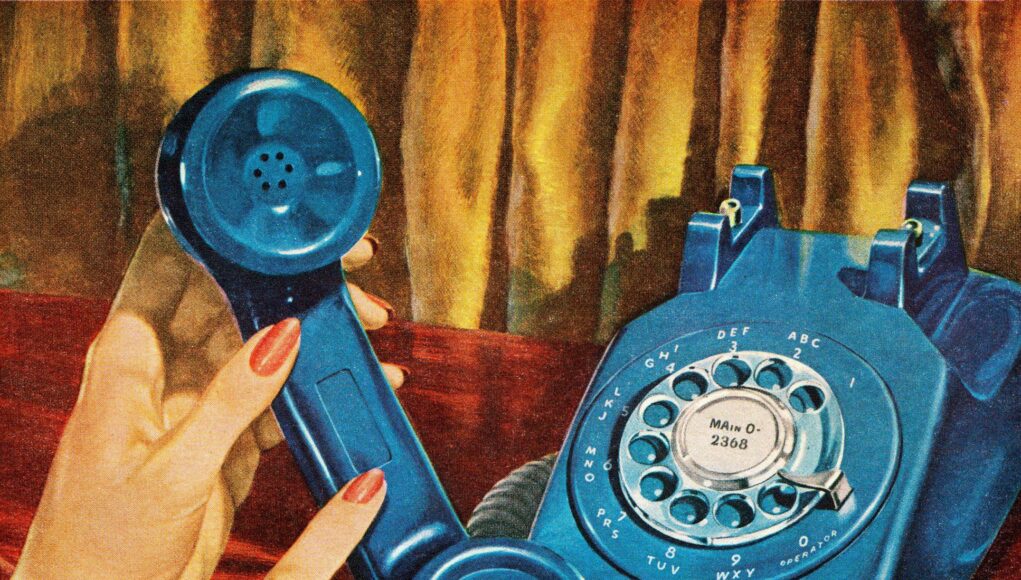 Last Valentine’s Day, I found myself sitting outside a dive bar with Tom*, a Hinge date I matched with two hours earlier. It was thirty degrees, and by the time we realized the heat lamps were broken, we had already gotten a round of hot toddies. (They got cold in seconds.) As he described his favorite podcast about Tiger Woods and the significance of the 2019 Masters in agonizing detail, my frozen butt cheeks began to lose feeling, but I’d already gone through all the effort of layering leggings under leather pants and trekking across icy sidewalks to get there. There was no way in hell I was going home. So, we ordered a second round.

Shivering, I waited for Tom to realize he should ask me questions, just like I’d asked him about his work in private equity and his five sisters. He did not. Instead, he told me about his new espresso machine and a trip he once took to Machu Picchu. At the end of the date, he hugged me and said, “This was so great. Let’s do it again sometime.” (Spoiler alert: We didn’t.)

I wish I could say I put my snow boot down and swore off dating until it got warmer, or until I was comfortable with indoor dining, or both. But let’s be real, I was living alone during a pandemic and having increasingly frequent conversations with my cat. I was desperate to socialize with people in real life. So, next, I met Samir* for wine and cheese. Twice, after I expressed run-of-the-mill emotions, he stared and said, “That’s a feeling, not a fact.” I went out for cocktails with Garrett*, another monologuer who told me his best trait was being a really good listener. I also met Alexander* for two hours of flirty conversation under excellent heat lamps before we argued over politics and never spoke again.

In the Before Times, I considered myself pretty resilient when it came to dating. I could bounce back from a disappointing date without much effort because I knew something better was probably around the corner. But in the bitter cold, amid a global pandemic, they all felt so much worse. If I was going to break free of house arrest, I wanted to feel like I was truly living—not just temporarily transferring to another prison.

At the risk of sounding too much like your eccentric great-aunt whose home is filled with crystals and self-help books, I don’t think anybody can bring good energy to a date when they’re so physically uncomfortable, myself very much included. Dating requires optimism, which can be tough to summon while battling frigid temps and trying to keep your hands from morphing into icicles. So I paused my Hinge account until it was seventy degrees and sunny again. In the meantime, I did a lot of reading (shout-out to my #1 book boyfriend, Hayes Campbell in The Idea of You by Robinne Lee), and once I was vaccinated, caught up on a year’s worth of nights out with friends.

My dating life was pretty much back to normal this fall, but when the Omicron variant hit New York hard, I scaled back. Between the virus and the dreadful prospect of sitting through another winter of Toms, Samirs, Garretts, and Alexanders, I realized I could just opt the eff out. If we’ve learned anything over the past two years, it’s that life is short. I don’t want to waste mine shivering while pretending to care about golf. Why bother in a world where FaceTime dates are totally NBD? So, I decided to only go on virtual dates. It turned out that was exactly the right move.

If you’re thinking, didn’t we agree to collectively leave FaceTime dates behind with the early pandemic?, think again. In 2020, 52% of Hinge users said they planned to continue video-dating, even when they can safely date in-person—so, no, it’s not weird to suggest a digital meetup. Plus, according to that same study, 63% of Hinge users felt a growing connection to someone they met virtually. In-person chemistry matters, too, of course, but why bother putting on pants and going out in public if you can feel someone out from the comfort of your own couch?

If you have Zoom fatigue, try a phone call. Psychologists say our brains are attracted to novelty, and so if a first date via video makes you think of yet another lecture from your professor or meeting with your boss, the old-fashioned charm of a phone call might feel fresh. As anyone who’s seen Love Is Blind can attest, there’s something powerful about building an emotional connection without laying eyes on each other.

I know what you’re thinking: Phone dates are blah. Why would I do that when I could just meet them IRL? Allow me to paint you a picture. My first phone date post-winter chaos was actually back in April 2021—yes, when the weather was actually above freezing. I was enjoying the sunshine and listening to a jazz quartet in Central Park. The sax player was very cute and talented, and so when I Venmo-ed the band a tip, I included my name and number. He wound up calling me a few days later. In between jokes about his penis, he mentioned he was “really bad at long-term planning and commitment.”

Could I have exchanged a few texts with this man and then met him IRL? Yes, but, uh, good thing I didn’t! Nearly everything he said turned me off—but he turned me on to the benefits of phone dates. They’re free, quick, easy, and there’s zero pressure to plaster on a polite smile if your date is spouting nonsense. There’s even something kind of sexy and mysterious about getting to know someone over the phone. The musician and I weren’t a match, obviously, but I didn’t feel like I had wasted a night. Instead, after the call, I spent the rest of the evening lounging in my bathtub with a great book. Total bliss. I never would’ve had time for that if I had met him IRL.

So, I was actually excited to resume virtual dates this winter. On Hinge, I matched with Charles*, a buff engineer whose profile displayed a nightstand full of books. But over the phone, he was so low-energy I worried I had woken him up from a nap, and only sounded slightly more animated when discussing the stock market (and, like, exclusively the stock market). Also, it turned out he lived across the country. We weren’t a match, but I didn’t mind. A 45-minute call barely made a dent in my day.

The next week, I FaceTimed with two other Hinge matches: Connor*, a sweet lawyer who won me over with his impressive knowledge of 2000s tabloid gossip (my love language), and Dan*, a coder who taught me that dolphins actually have clitorises. (All I can say is that dating is like a box of chocolates—you never know what you’re going to get.) Once I felt more comfortable seeing people indoors, I wound up meeting them both in person. One night, it snowed, and the other, it was just twenty-five degrees. But both times, I was eager to leave my cozy apartment because I knew I was likely to have fun.

I’m glad I switched up my strategy. Goodbye, draining dates, and hello to actually having a good time, so you never have to hear anyone rant about Tiger Woods while your butt cheeks freeze ever again.

* Name has been changed. 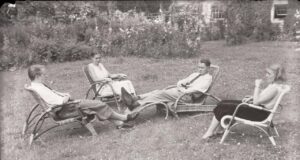 A Long-Forgotten Bauhaus Designer Gets His Due